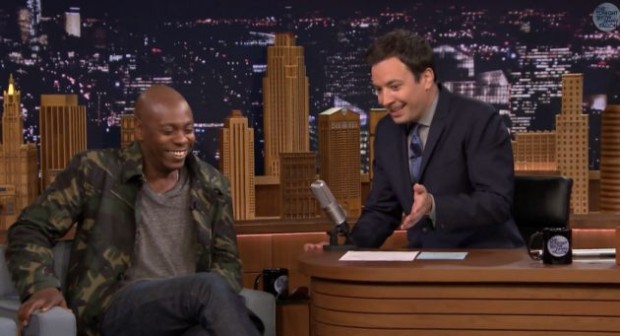 Amusing little chat with the Legendary Dave Chappelle on US talk show ‘Tonight with Jimmy Fallon’ where he talks about his return to New York for his new comedy show “Radio City Music Hall”. It also went to talk about artwork for a Prince single, where Dave Chapelle is depicted as Prince. In addition, the entertainer also talks about his first encounter with the then relatively unknown Kanye West, on the edge of a pre-listening event for Jay-Z’s new album “The Black Album” (2003). Very entertaining – check it for yourself.