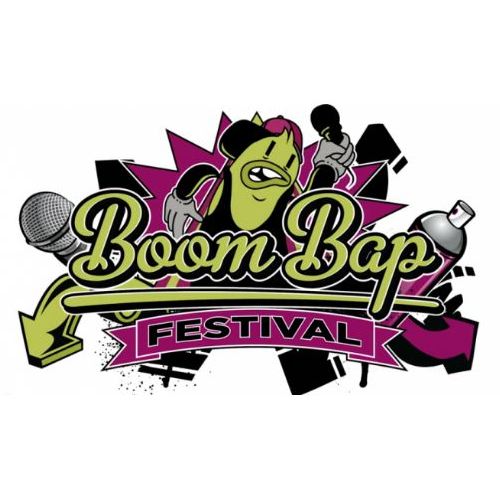 Those of you in the UK who don’t know about this one yet!!!…

Taking place at an old stadium in a place called Mildenhall, Suffolk is the UK’s biggest and best all hip hop festival to date!
Joining from overseas to headline is Wu-Tangs very own Ghostface Killah & Detroit’s Clear Soul Forces amongst an all star gang of UK rappers and DJ’s eager to perform to a festival crowd!
Blak Twang will be performing UK classics from over the years, we got Chester P the recipe for fine invention! There’s gonna be an exclusive Verb T and Kashmere set, where they’ll be performing all the boom bap classics from the ‘Backhand Slap Talk’ double ep, we got Ramson Badbonez and Charlie Mac performing hits from The Oscar Slouch album, TY, The Four Owls and most of the High Focus Records Crew doin their thing, SonnyJim, Stig of The Dump, The Mouse Outfit, Mystro…
Sheeeeez!… The list just goes on and on! Too many dope acts to mention! Shit is just off the chain and a whole weekend for £80! Camping included should you wish to and a late night bar license til 4am!!!
Graffiti will play a massive part in 2014′s proceedings with bigger structures, wilder production pieces and a whole heap of public and private jams. There’s gonna be some top writers from across the world to mirror our new ambition for each and all to celebrate.

“BOOM BAP IS BACK, BIGGER AND BOLDER AND BETTER THAN EVER BEFORE. THE GO TO UK HIP HOP FESTIVAL RETURNS FOR ITS THIRD YEAR WITH A CLEAR AND CONCISE MISSION STATEMENT – TO SHOWCASE UK HIP HOP ON THE PLATFORM IT DESERVES AS PART OF A HIP HOP WEEKENDER LIKE NO OTHER.” 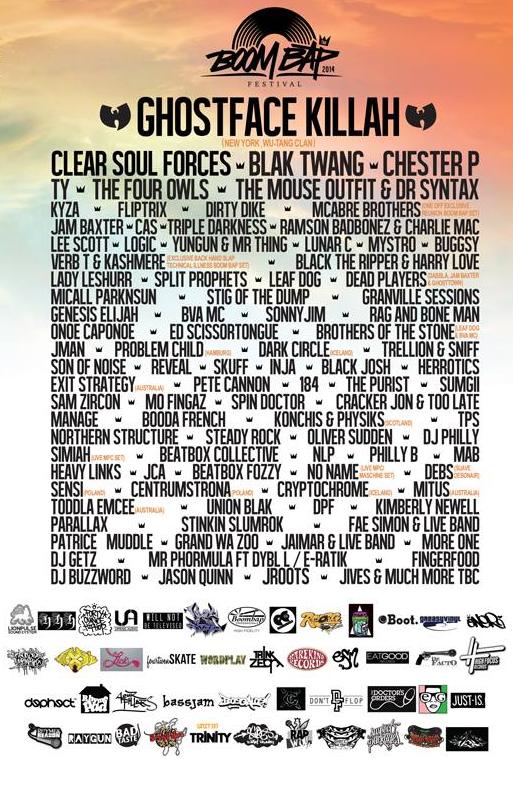 Catch myself and a few of us down there this year, just hit us up through R22 if you’re going and speak to Pete or Chris!

This will be home to headline Acts, DJ’s, Turntablists, Producers, Beat Boxers, Open Mics, Competitions and more! If you have stood at the front of our Main Stage before you know this is the place to get that full fix!

This new concept stage makes a triumphant return for 2014. Our aim is simple; to take you back to SQUARE ONE where it all started – THE DJ! Expect Headline DJ’s, Sound Clashes, Beat Battles & much more.

This is where Crate Raiders, Merchandise, Live Radio shows, Interviews and everything vinyl shaped will reside.

Full outdoor 360 dance stage. This stage made a big impact this year both visually and musically, but trust us, the levels will be raised for 2014!

From the front to the back, leave the Main stage and come get trill in the Backyard as we leave you sensitised by the low down and dirty. Think grimey with a tropical twist.

Here you get a taste of everything eclectic! You can’t pigeonhole The Lick, you could be jamming out to some live reggae band one minute and the next, a level 10 vibes out R’n’B session. We are particularly hype for this one.

Picture the most popping hip hop anthems in a skate park as we host pro competitions and skating brand showcases! This is where we will bring those classic Zoo York mixtapes to life!