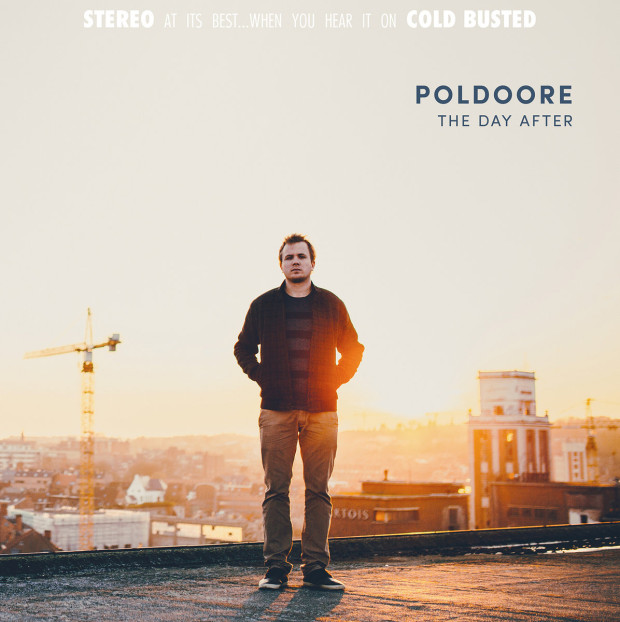 “Belgian producer Poldoore (born Tom Schillebeeckx) has revealed The Day After, handily providing a sequel to his well-received previous album on Cold Busted, The Day Off. Within its eleven distinctive tracks Poldoore has further developed his vibe-rich sound, creating deft blends of funk, soul, lounge, and reggae topped with punchy drum breaks.
The Day After is filled with highlights and shows Poldoore’s keen ability at crafting floor-effective instrumental head-nodders as well as delicate melodic arrangements featuring talented guest vocalists. “No Face” and “A Higher Intelligence” (featuring Kabanjak of Ancient Astronauts) are examples of Poldoore’s fine-tuned beatology, mixing hip hop samples and tough DJ-ready rhythms over impressively produced musical elements. The result is much headier than the usual ‘instrumental hip hop’ fare, with cuts equally at home in the clubs as in the earphones. But it’s with the vocal tracks that The Day After really shines. The lovely and soulful “Midnight In Saigon” presents vocalist Astrid who entices the listener with her intoxicating melodies, while London-based rapper Barney Artist adds compelling verses to Poldoore’s proper beats on “Broke For A Minute”. A pleasant surprise also comes in the form of “The Road”, a skankin’ reggae prime-mover featuring Thievery Corporation collaborator Sleepy Wonder, as well as sax and flute from Garrett Kobsef who recently recorded with Grammy winners Morgan Heritage. These ambitious moments heighten the resonance of Poldoore’s The Day After, placing it firmly in the realm of something special.” – Cold Busted