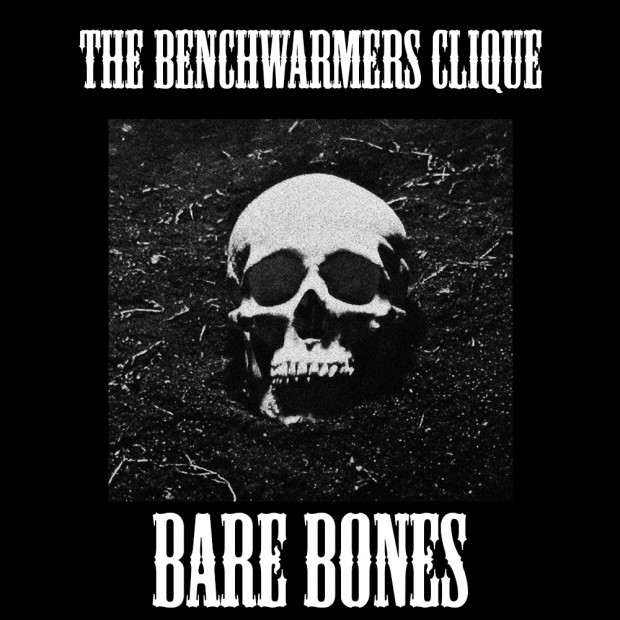 I remember first hearing of The Benchwarmers Clique by way of UK beatmaker Jewbei whom I was familiar with prior and evidently is the main producer for all of Benchwarmers albums. The first video I heard from the group ‘Droppin’ Bombs‘ definitely had me stunned being that the elements had me nostalgic from my generation but w a hella hard deliver and just that good hip hop vibing. Just like their lyrics laced with positive fun experience that lends as an extension to the personality of the crew..not just that, every interaction I’ve had with them has been like going back and forth with real humble dudes that appreciate every fan. I’m hella diggin on this latest one for sure, feeling like it’s a combination of evolving and expressing the talent these guys hold, versatile & rooted. Strong One, One Love!

‘Since their latest release, the Benchwarmers took some time off to learn about the physiology and qualities of bone. Trav became a certified Marrow Cosmotologist. Jokes received an honorary degree from HonoraryDegrees.com for his thesis on the frail frames of the elderly. Even Jewbei picked up a trade in the backbreaking field of Cartilage Mining and Hygenics. So its only natural that, after this short hiatus, the Bench come back with their new EP, Bare Bones! Jewbei has stripped the samples to their purest, most raw form, creating a rugged canvas detailing various forms of bony skullduggery. Why, they’ve even enlisted the cleaver-tastic contributions of a handful of reknowned butchers, such as George Spits, Knowledge Medina and more. The adult human body has 206 bones- pop Bare Bones in, and please them ALL AT ONCE. Thank us later.’