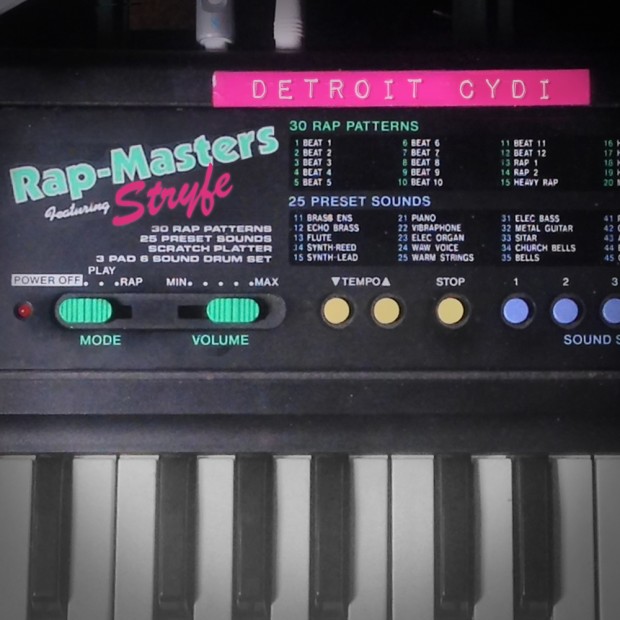 ‘the name of this project is “Rap-Masters”, a title inspired by a fantastically fun and crappy keyboard called the the Concertemate-800 Rap-Master, lent to us by Rufio Jones’ sweet-lady, Carmelita (the fact that she ever possessed such an item is also a source of great hilarity). this project features another of our brothers, Stryfe, who also appeared with us on our first group project, as well as several collaborations. it would be nice to say this project is 6 years in the making but, that wouldn’t exactly be true. a couple months ago, i pitched the idea of having some sessions for the purpose of putting out some new music on December 25, 2014. my brothers were down for it and they delivered in spades. a large portion of this material was completed very recently. this time around, i handled overall production but it was definitely a dynamic collaborative exchange of energy as everyone’s input helped to shape mere beats into living, breathing songs. it was an incredibly enjoyable time putting this material together and i speak for the crew in saying, we hope it brings you at least as much enjoyment as we had making it.

Grab our older tunes at detroitcydi.bandcamp.com ‘