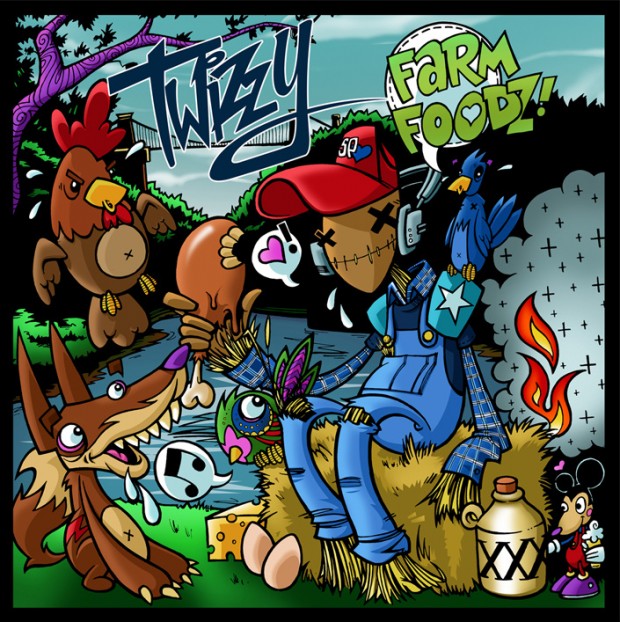 Peep the new vid from Bristol based emcee Twizzy who’s one third of Three Headed Beast and has served his place on various features, EP’s and mixtapes. This is the first release from his debut album which drops on the 28th November entitled ‘FarmFoodz’ with production handled entirely by the legendary Farma G (TaskForce) with features from Genesis Elijah, Verb T and the remaining heads from the beast Jinxsta JX and M.A.B.
I think we know we can expect a well crafted album here for your listening pleasure!
“Take Notice” sees Twizzy compliment Farma’s sinister sounding production with some thoughts in depth, on the state of the choices made and the outcomes from those choices that shapes the current space around us!