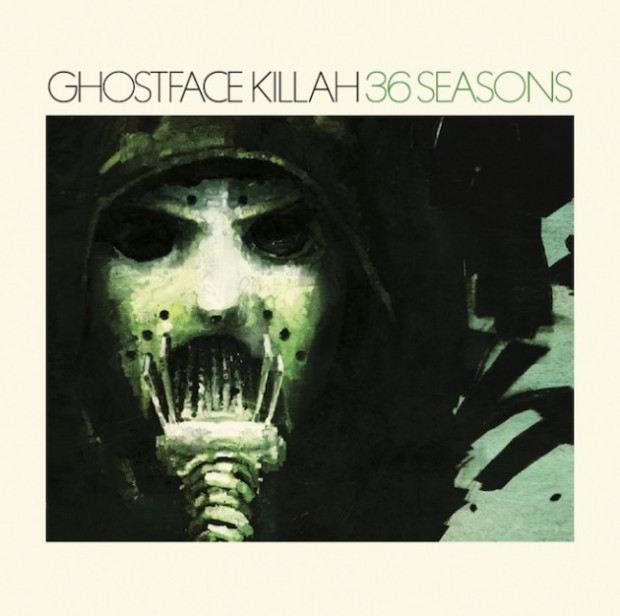 On the 9th December, Ghostface Killah will release his new concept album ’36 Seasons’. The LP is a follow up to his 2013 album ’12 Reasons to Die’, which was created in collaboration with Adrian Younge. What exactly is ’36 Seasons’ about? Read up in the following statement…

“On the new LP, Ghost plays “a hip-hop superhero,” according to a press release. It continues, saying that he is “a Staten Island vigilante inspired by a quest for personal retribution and bent on saving his community from the grips of crooked authority and urban decay.”

Ghostface Killah is supported by acts such as Pharoahe Monch, Kool G Rap, AZ and the The Revelations. Below you can peep the full tracklist and the album cover. We also invite you here to listen to the first single and a 6-minute album sampler.
This sound’s dope as f**k! It’s gonna drop heavy!