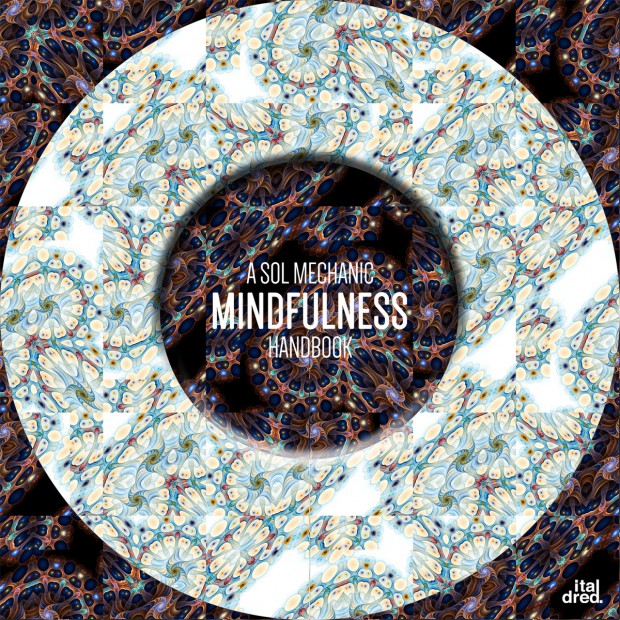 Mindfulness is derived from Buddhist art as an act of meditation and accepting others, and has gained worldwide popularity as a distinctive method to handle emotions. A Sol Mechanic has the slow, nuanced beats that parallel Handbook’s tracks, while Handbook’s unpredictably swift beats pulse in unison to A Sol Mechanic’s nostalgic flow. This EP will bring variety and a tranquil sound to its audience in a sensational, attentive way.

A Sol Mechanic’s contributions in this EP, named “All Along” and “Elevate”, alongside Handbook’s releases, “Goldmines” and “Only just Met”, are proud – they truly allow the emotions to flow within the balance of pitch and rhythm. Enraptured, dreamy and enchanted, mixed with a sorrowful grieving, this is an EP for the listeners to relate to within their own practice of mindfulness.

Italdred’s elemental artists work to bring you musical loops, while remaining loyal to its sound played, with a wide variety of timbres and dynamics. The latter may still be an element of linear ordering within synth, looping and guitar that leave your mind high.

Here’s a few words from the artists…

A Sol Mechanic – “The first time I heard Handbook and his original style I knew there was potential for a major collab between us. Being a big fan of his work and having crossed paths with him through various collectives, it seemed inevitable that we’d link up to create a collection we truly believe in. When Rob proposed a collaboration EP to be released on Italdred with Handbook himself, I jumped at the opportunity and am very grateful for doing so. “Mindfulness” explores our deep understanding of each other’s creative inspiration and how we can create a profound landscape through collaborative thought.”

Handbook – “A Sol Mechanic had been on my radar for some time and over the years I began hearing a lot about his development as a producer. I tuned into his music earlier this year and was blown away. Rob, at Italdred, reached out to me asking if I wanted to work on a split EP with ASM and I didn’t need to think too hard about it.

Alongside ASM, I wanted to create something powerful, but relaxing. Something that would leave an impact but wasn’t a chore to listen to. Something with an obvious feeling, but left the listener wanting to listen again and pick up on some of the more subtle aspects of the tracks. Something that left the listener respecting the craft of what was playing and enjoying what was going on. I feel that Mindfulness encapsulates that.”