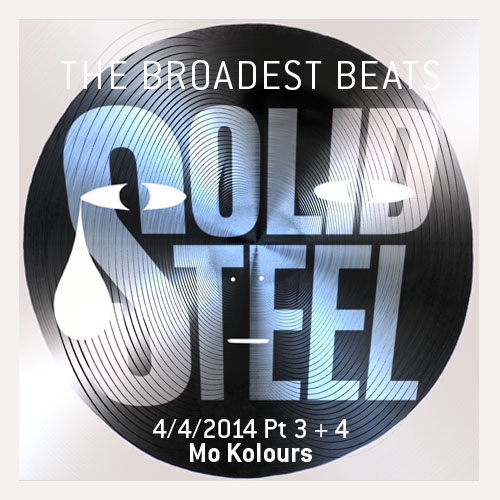 “Solid Steel (4th April) We open the show this week with NameBrandSound, the latest incarnation of London music legends IG Culture and Alex Phountzi (Bugz in the Attic) – pioneers of the broken beat scene and were key players in it’s flagship night at Plastic People, Co-Op. A beacon for people who wanted to dance to great music, Co-Op was a towering high point of electronic music in the capital. NameBrandSound’s music thus consists of the influences you might expect; dancehall, ‘80s soul, jungle, juke and house. Those influences are present throughout this mix and although we don’t have a track list, expect to hear music from Eprom, Addison Groove and Traxman, right through to The Staple Singers, Leroy Hutson, Junior Reid and Charles Earland, plus tracks from their new EP Nowadays Pressure out Monday on Technicolour.
n Hour 2 we hand over to Mo Kolours for a sublime selection in his ‘Them and Us Mix’ and it’s a deep one, taking in music ‘From the Motherland to the Far-East. From Yesterdays people, right up to Today’s people.’ Artists featured include Andy Bey, Phil Ranelin, Tony Allen, Sun Ra, Jeen Bassa and Paul White. The half-Mauritian, half-English producer, singer and percussionist had a trilogy of EPs for One-Handed Music that mixed soul, dub, hip-hop, various electronic styles and the Sega music native to Mauritius. His self titled debut album is available now” – Ninja Tune