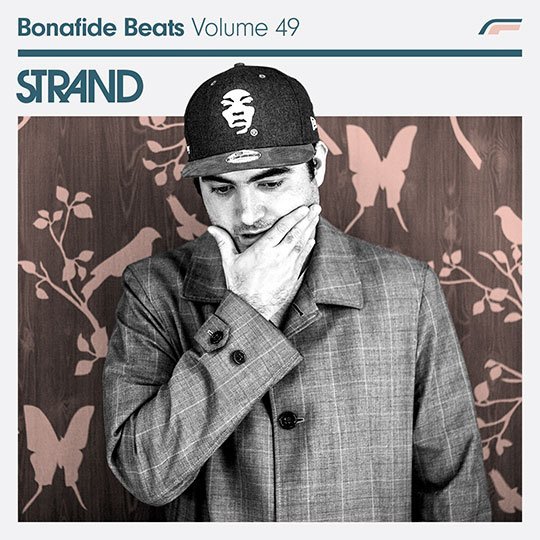 “We don’t hear an awful lot of music by Spanish producers over in Britain and as such, don’t really gain an insight into the way the Spanish economic crisis may have affected its civilians and artists first hand, aside from the watered-down news reports that infrequently come across our TV screens. Strand could be about to change all that.
Spanish born but now based out in Brussels, he was granted a second residency at the Red Bull Studio in Madrid for four days at the start of 2013. His ambition? To pay homage to G-funk and Gangsta Rap (drawing a parallel between the gangstaz and bankstaz of the current Spanish economic crisis) and working with a soul-afrobeat horn section which was conveniently named The Financial Horns. The result is the Bankstaz’ Paradize 12”, including a remix from Om Unit.
Featuring cuts from Mercury nominee Jon Hopkins and eventual winner James Blake, Ghettoville technician Actress and revitalised Scottish duo Boards of Canada, Strand’s mix for Bonafide certainly can’t be accused of eschewing prominent touchstones from Britain’s current electronic milieu. Further whisking titans such as Four Tet and Rustie into the mix alongside American footworker Machinedrum and hardware enthusiast Oneohtrix Point Never, #49 is an unapologetically swashbuckling ride that neatly summates some of 2013′s musical highlights. Listen in below.” – Bonafide Beats