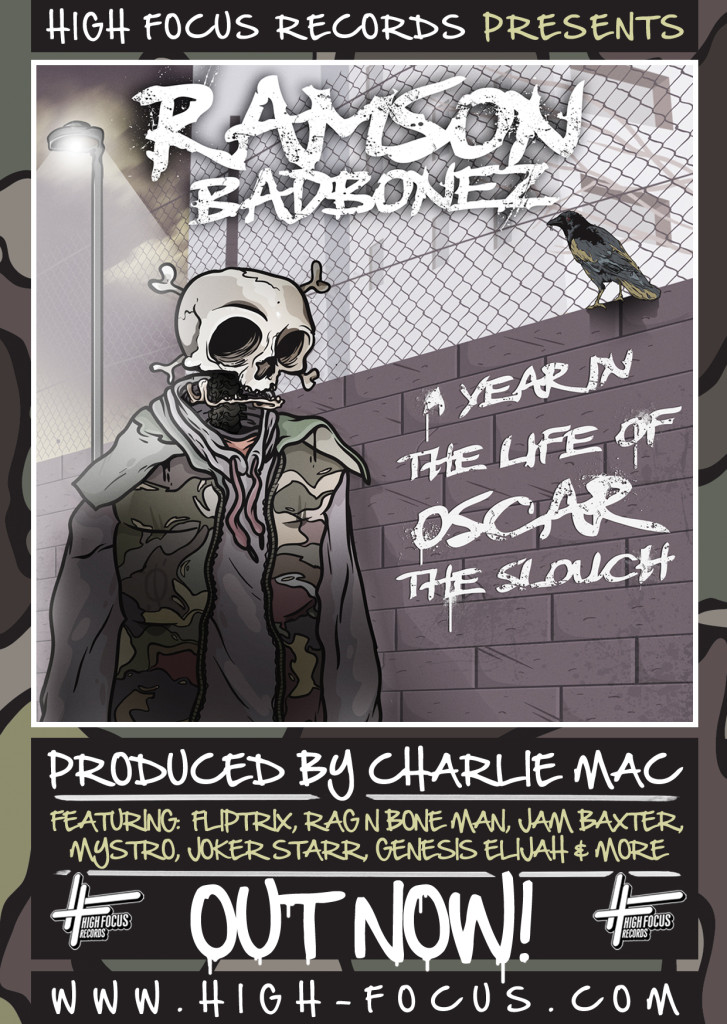 The newest addition to the HF roster, Task Force affiliate, and UK Hip Hop Legend in his own right, Ramson Badbonez. One of the most highly rated MC’s to emerge out of the London underground has teamed up with High Focus Records to release his second studio album, ‘A Year In The Life Of Oscar The Slouch’ OUT TODAY! Available on CD, limited edition double gatefold vinyl (which comes shrink wrapped with digital download drop card) and digitally on iTunes and t’internet.
I don’t think you wanna hibernate on this one, it could be one of the best hip hop releases from outta England’s already buzzin vibe for quite some time!

To mark the occasion High Focus decided to unleash a brand new visual for ‘December’ – “Let The Others Know” by the Video Wizards, who put together the immensely popular “Desperation” video last month. The video also features exclusive artwork by Jaypee Illustration, who did the artwork on the album itself. 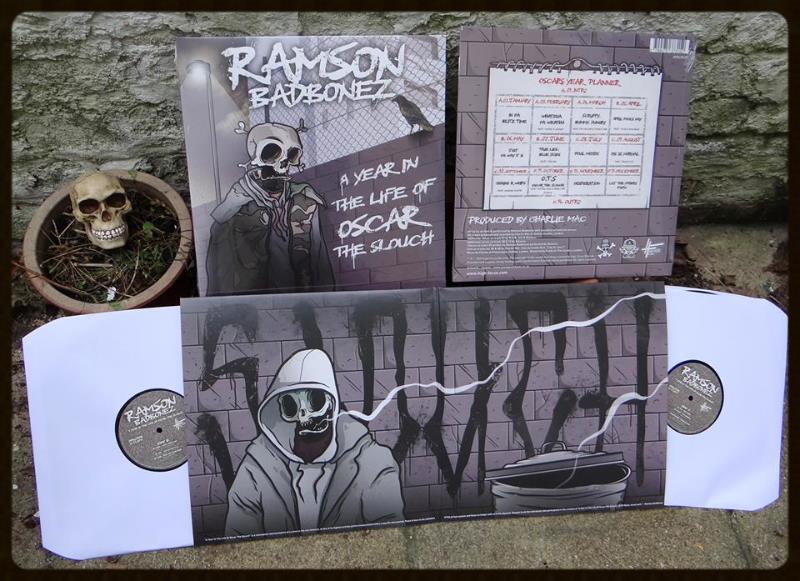