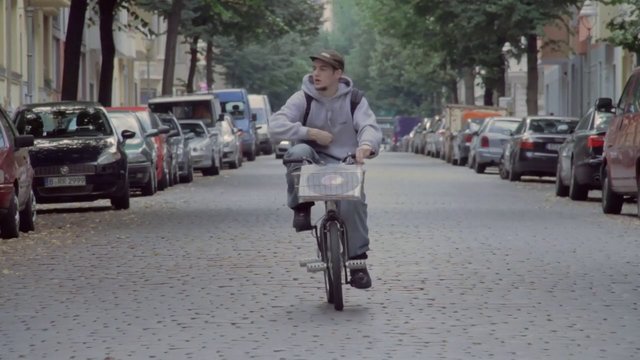 Some straight up golden boom bap business right here! Propo’88 and BlabberMouf drop this video for “Put Em Up”, a neck-snapping track taken from the ‘Cosmic Trippin’ EP’ released on Blunted Astronaut Records in 2012. The video with emcee BlabberMouf as the vinyl postman was shot in Berlin during a tour a few months ago, and includes cameos by their crew Da Shogunz from the Netherlands and Klaus Layer from Germany.