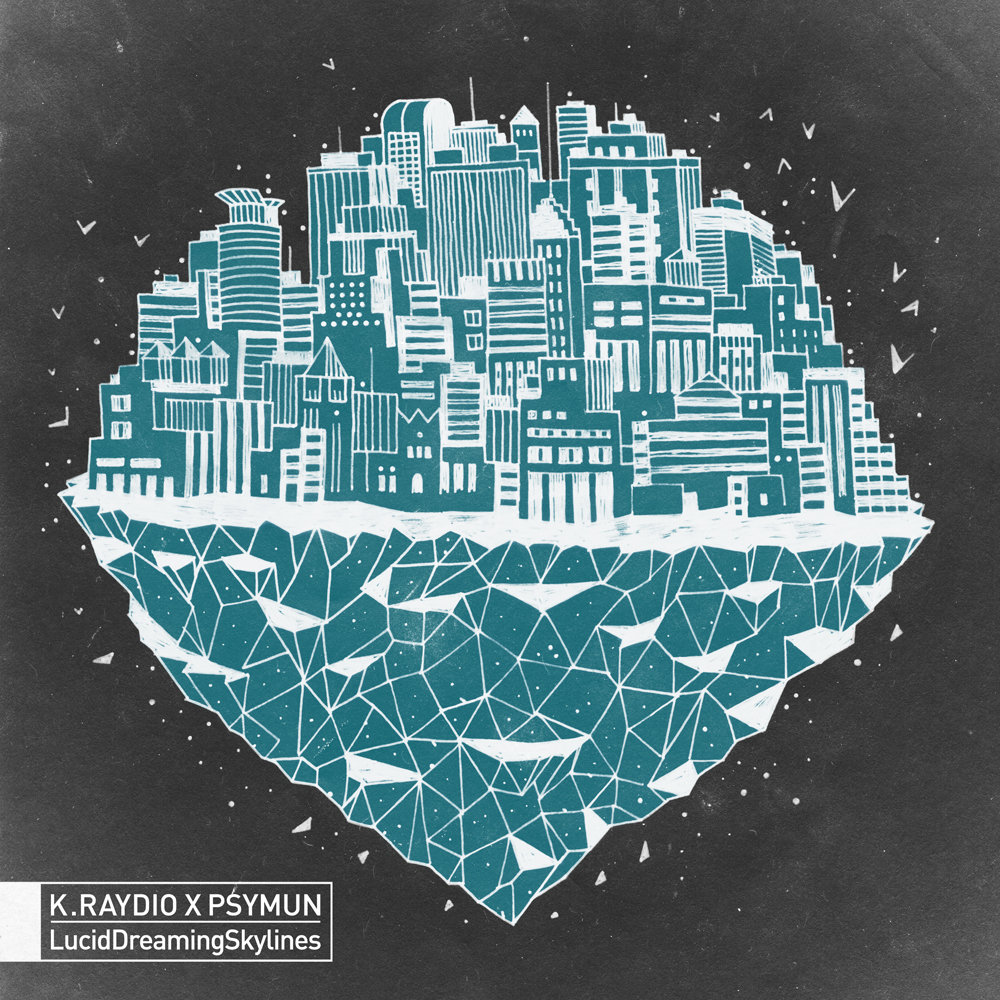 We are very excited to announce the release of LucidDreamingSkylines (12/17/13), the culmination of a year-long collaboration between eclectic producer, Psymun, and singer/songwriter, K.Raydio.

“As producer, Psymun has created a sprawling dream world where K.Raydio reigns supreme. Anchored in unadorned beats and eerie samples, the instrumentation flickers and flows and flips on itself, a perfect foil to K.Raydio’s fluid melodies. Though often sultry and confident, as in the standout track “Flight,” K.Raydio doesn’t shy away from her dark side. On “Lobby Music” she sings of the temptation to fall back into a bad relationship, all atop a hypnotic looping chant. The song also features a tongue-twisting verse from Minneapolis rapper, Greg Grease. “Glass Houses” begins as a story of rejection before swirling into a bright daydream. And K.Raydio sounds both sorrowful and incendiary on “Sirens,” a song that comments on youth violence and racial profiling.

LucidDreamingSkylines is an album of shifting moods and many colors, but throughout, it is consistently beautiful and expansive. This is not an album to let wash over you. Like a lucid dream, it is an album to walk through and explore.” – K.Raydio & Psymun