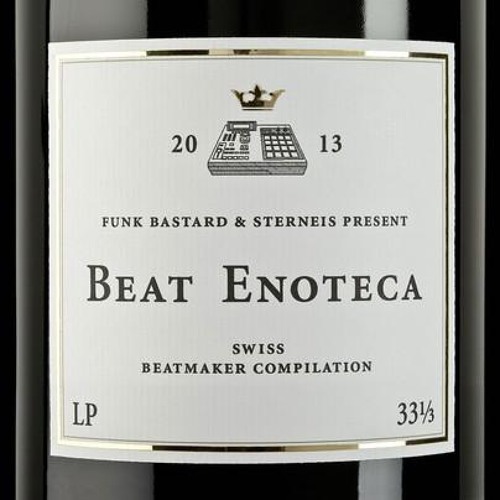 «Beat Enoteca» is a cross-section of the 2013 Swiss beat maker scene. Fourteen well-selected artists from every corner of this small country, each produced an instrumental to put this compilation together. Inspired by the beat maker scene in Germany and America, Funk Bastard decided to put Swiss beatmaker sound on vinyl. He found a great supporter for this project in oldschool legend Sterneis, and they ended up realizing it together. A year later, the compilation is finished and a 42-minute vinyl, containing nothing but dope instrumental sound, is released. Each track is just as diverse as the producers who are behind them.
The «Beat Enoteca» compilation is either available on vinyl with a download code and booklet/poster inside, limited and handnumbered from 1 to 500, or on iTunes.