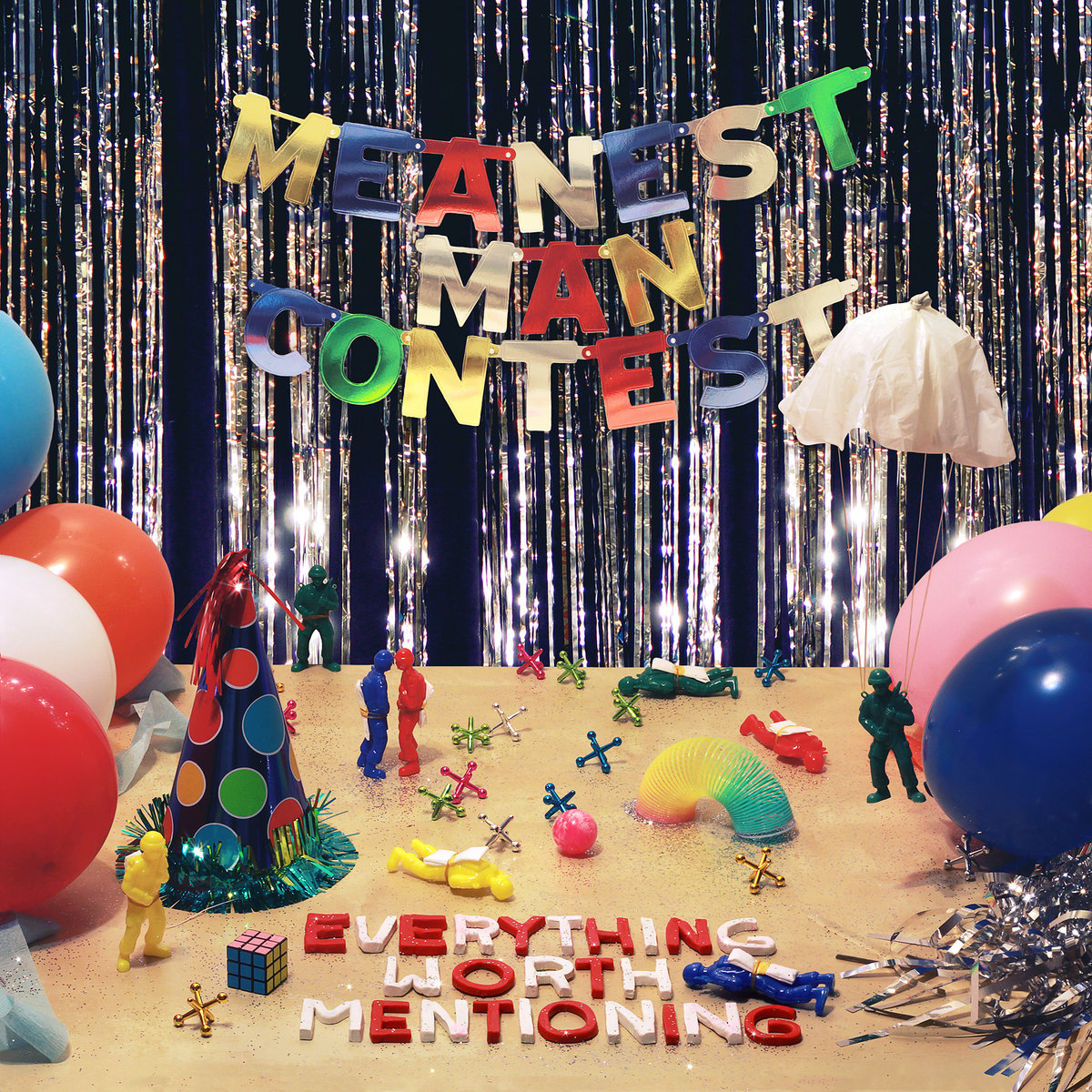 Everything Worth Mentioning — the second album from Oakland/San Francisco hip-hop duo Meanest Man Contest — comes almost exactly a decade after the group’s debut. Following Merit, MMC’s 2003 LP release on Plug Research, Noah Blumberg and Eric Steuer ditched the album format, instead dropping dozens of singles, EPs, videos, and remixes through indie labels around the world. The best of those songs (plus a handful of new ones) make up Everything Worth Mentioning, a record influenced by ’70s singer-songwriters, ’80s pop, ’90s indie rock, and hip-hop from across the timeline.

Started as a bedroom recording project in a ramshackle apartment in Santa Barbara, Meanest Man Contest drew influence from its record-digging road trips to thrift stores, garage sales, and dank, creepy basements all over California. MMC’s early tracks were typified by dusty drum samples and chopped-up guitars covered in a layer of ambient sound. Over time, the duo’s music evolved into a unique blend of hip-hop balladry, synth-pop, and electronic atmospherics.

**LTD Vinyl Colored (250) via Gold Robot** (One person will be chosen at random from the first 100 pre-orders to receive an original test pressing as an added bonus.)