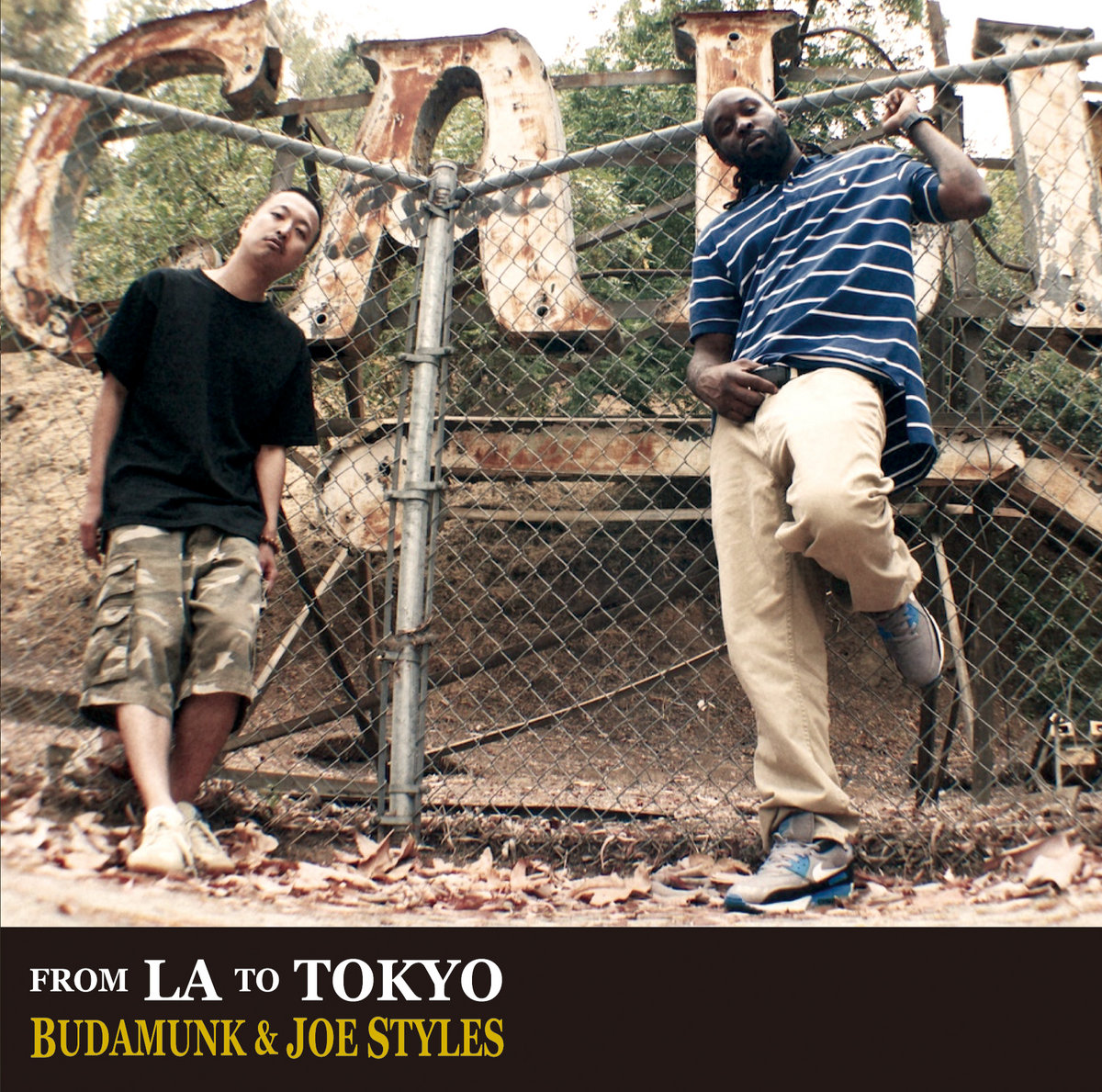 “In 2009 producer Budamunk and Joe Styles of Keentokers/Souljugglerz teamed up for their first joint album “BudaStyles Classics”.
With Budamunk and Joe Styles living in the same city of Los Angeles, the two went on and recorded numerous projects such as “Keentokers The Fresh Speech” and many tracks released and some unreleased.
Now with Budamunk currently residing in Tokyo,Japan and Joe Styles in Los Angeles, the two have joined forces again to continue the BudaStyles saga with the new album titled “From LA To Tokyo” produced entirely by the “Lab Master” aka Budamunk.
Mysteriously, many Budamunk Files For Joe Styles resurfaced and were sent to Los Angeles where they were recorded and mixed by @thaprint and Joe Styles,and then sent back to @Budamonkfonk in Tokyo to be finalized. So as you can see this dope album was constructed “From LA To Tokyo”. So on behalf of Souljugglerz…
We now offer you “From LA To Tokyo” By Budamunk And Joe Styles”