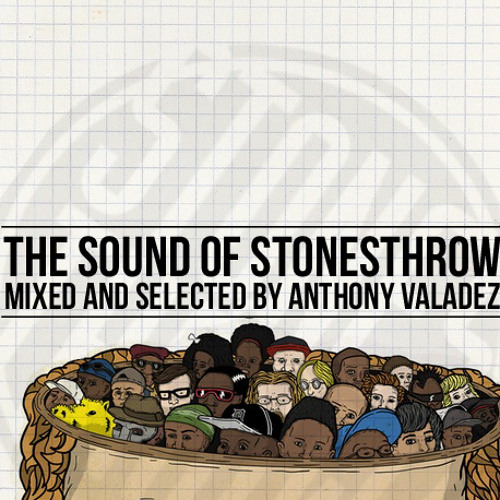 “In the late 90’s there was this time in the California hip hop landscape that catered towards those who appreciated lyrics, rhymes and beats. Groups from the Bay area began to experiment with an emphasis on production. Dj Shadow, Hieroglyphics, Blackalicious all stood out but it was the obscure name of a gentleman by the name of Peanut Butter Wolf from San Jose who began to appear in the record bins around BeatNonStop and Aarons Records around Hollywood and on the liner notes of compilations and his own releases that always caught my eye.
Step on Our Ego’s? was the first 12′ of Wolf’s that I had purchased and there was something about the production and authenticity that I appreciated. Next up it was the late Charizma’s 2003’s release that really struck my ear while a sophomore and hosting my weekly radio show on KCSN. The label moved to LA and at the time Egon was the label manager. He assisted me in getting all the new Stonesthrow records and product. I began to see first hand at just how important they valued their relationship with college radio and the dj culture. They made the dj’s feel connected to the brand. They began to push new artists on the roster who at the time made us scratch our heads only to get it and appreciate it 2 years later. Stronesthrow began to develop it’s roster across the musical board with the traditional boom bap styles of Planet Asia, Guilty Simpson, Madlib, Lootpack to the obscure sounds of Gary Wilson and Koushik. When you bought or recieved a Stonesthrow 12′ or album, you never knew what you were going to get.
And this made record shopping and digging fun again.
A few weeks back prior to recording this mix, I visited Wolf as we explored his product vaults complete with endless vinyl. You got a sense that this was his trophy room or a time capsule of his love and joy all sealed and placed in record sleeves. He played new projects from groups such as the Doobie Sisters, Boarwalk and The Stepkids. You could hear his passion for these future releases. You could hear the passion for the future of Stonesthrow! Im looking forward to watching Our Vinyl Weighs a Ton to actually get a glimpse inside the head of Wolf and hearing exactly how he made all this happen!” – Anthony Valadez