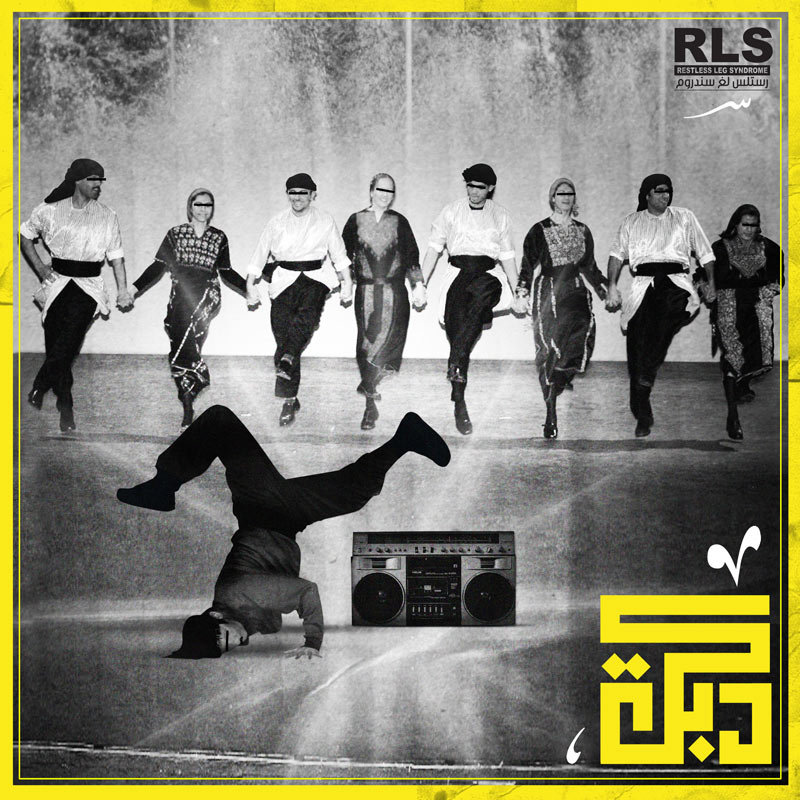 “The concept behind the joint-venture consisting of d.b.h and the two turntable wizards Chrisfader and Testa is quite simple: Take a specific genre of music, sample and flip it into danceable beats.
In the case of their second EP “Dabkeh”, named after a popular Mediterranean form of line-dancing, the subject of the musical explorations is the Arab world. The three guys from RLS spent quite some time mining old vinyl or cassettes to create the tracks on this EP, in the hopes of getting some wild Dabkeh moves started on dancefloors worldwide!” – Restless Leg Syndrome