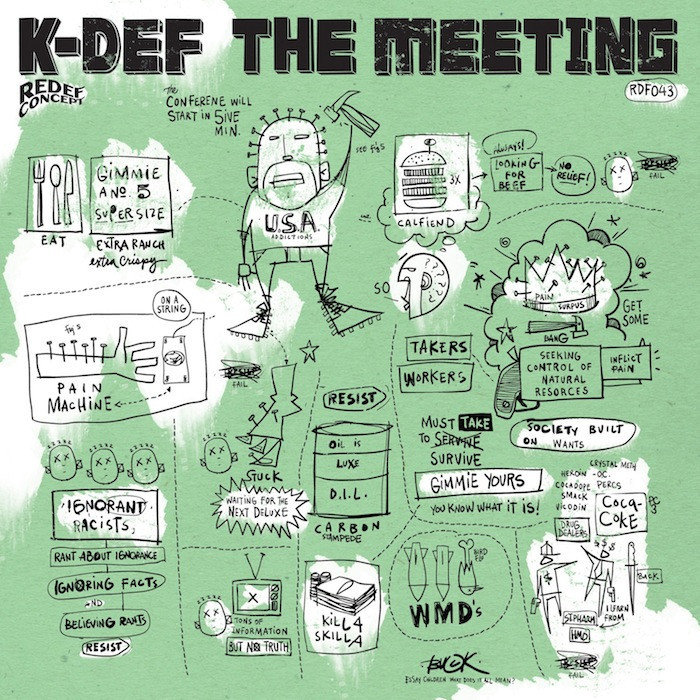 “Following on the success of his recent One Man Band and Exhibit LPs, K-Def is back yet again with an all new EP featuring a solid batch of dark and moody instrumentals alongside a handful of thought provoking verses/cameos. The Meeting finds the ever prolific producer collaborating with an all star cast of mcs including Blu (Blu & Exile), Insight (Y Society), Has-Lo (Mello Music Group) and Kaimbr (Kev Brown/Low Budget Records). Clocking in at just under 20 minutes, this is a dark and moody record that moves fast and epitomizes the concept of Quality Over Quantity.” – Redefinition Records