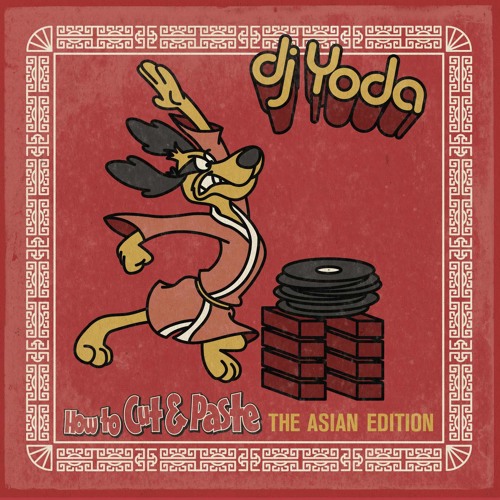 Coming hard on the heels of his recent lauded artist album, ‘Chop Suey’, DJ Yoda returns to the platters that matter for the latest instalment of his legendary mix adventures – ‘How To Cut And Paste – The Asian Edition’, released on June 17th. The series’ sixth outing, The Asian Edition takes its lead from the Country & Western and Thirties editions, with Yoda leaving no stone unturned exploring Asia’s cultural concepts in his own inimitable style, unifying the funkiest far east sounds with some of the western world’s biggest Asian-inspired artists to create an hour of non-stop party action.

The scene is effortlessly set before DJ Yoda as he follows the way of the Tao and hits the decks with the trademark intensity of his swift cuts and scratches. Delving deep into his musical Qi, he blends a host of artists from America’s east coast all the way to orient on a whistle-stop tour of head nodding hip-hop, dubstep & DNB, layered with Yueqin chops, film samples and infamous TV theme’s.