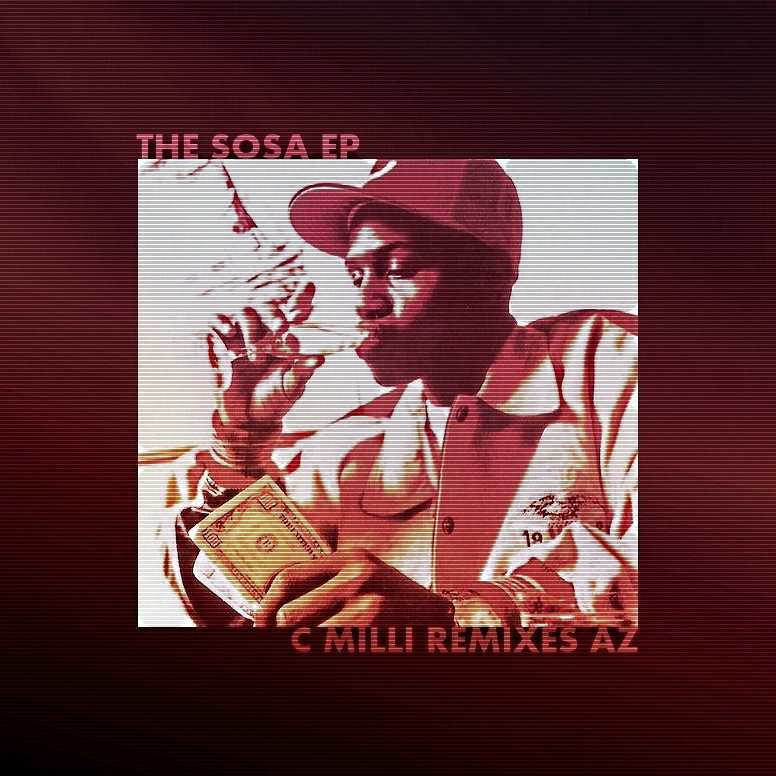 “Visualizing the realism of life and actuality
Fuck who’s the baddest, a person’s status depends on salary”

His guest part on Nas’ classic-LP ‘Illmatic’ in 1994 marked AZ’s first prominent appearence on the scene. Since then the Brooklyn native has been one of the most slept on MC’s in this rap game – even though his solo-debut is widely considered a classic of his own. Personally, he’s one of my favorite rappers, so it was only a matter of time before something like ‘The Sosa EP’ came along.
This remix EP features vocals from ‘Pieces Of A Man’ (1998), ‘Aziatic’ (2002) and ‘A.W.O.L.’ (2005). Don’t be suprised if some of those tunes come with a very different feel than the original versions. A few tracks were rearranged too, wether it be because of unfitting feature parts or simply because of missing parts in the acapella.
With all that said: I hope you all like what you’re hearing. Cheers to AZ, Raekwon, Ghostface and a huge cheers to DJ Premier for those ‘Come Up’-cuts I used in the interlude. – C Milli