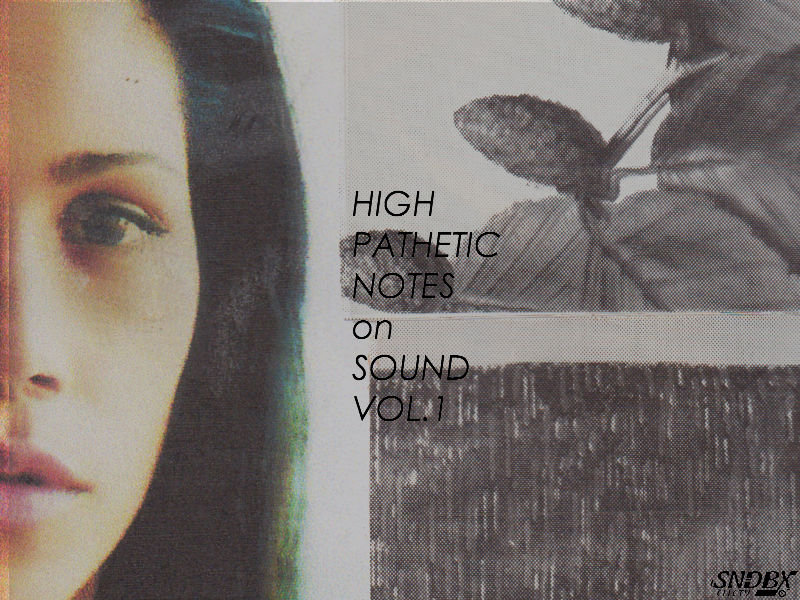 “This is the first volume of Bläp Dëli’s “High Pathetic Notes on Sound.” A side project worked on underneath his full length album “Whisper.Me” being released with Pragmatic Theory Records. Available with a limited amount of hardcopies (LTD Zine & LTD CD). This album is released through SNDBX CLLCTV.
Vol.1 is mostly focused on sample based percussion and live field recordings mixed with record sampling (as usual) and 808’s.
A sure goal for this album is that we, The Sandbox Collective, can sell all the hardcopies and turn the profit and throw it onto a cassette.
Show support and toss Bläp some pyramids.” – Bläp Dëli