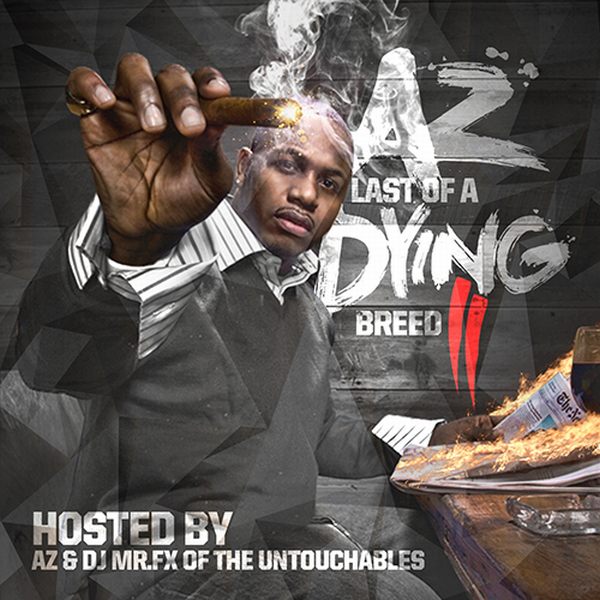 AZ has released the second part of his Last Of A Dying Breed (LODB) mixtape series. Having already had the first part on the blog back in June, you can now listen and download the second part up in here.
Featuring guest verses from Nas, Cormega, Kool G Rap, SWV, Farrah Burn and a few others.