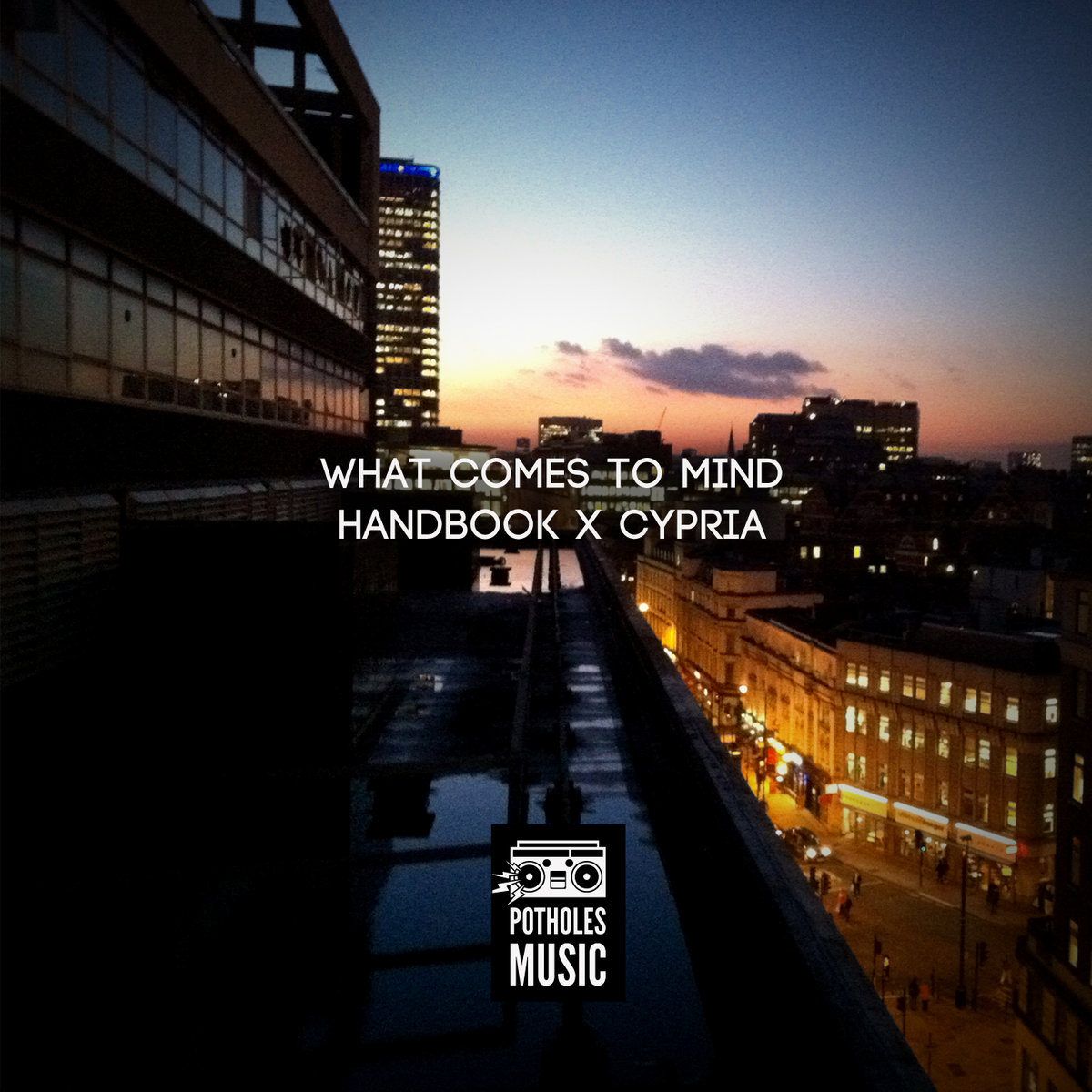 What Comes To Mind is the Potholes Music debut of the U.K.-based producer duo of Handbook and Cypria. Frequent readers of Potholes will no doubt recognize both names, as we’ve long admired the sample flipping, chopping, and layering ways of these two. While both have dabbled in a variety of production styles over the years, they choose to stick to their roots of dusty crate-diggin’, sample-flippin’ beats.

The six-track EP serves as both a split and a collaborative project. Each producer gets two of his own cuts while the remaining two songs (“Sunrise” and “Showdown”) were crafted during a late-night beat-making session. There are bursts of jazzy brass, soothing woodwind notes, twinkling piano keys, and more head-nodding drums than you neck can probably handle. Producers and instrumental music lovers alike, take notice.