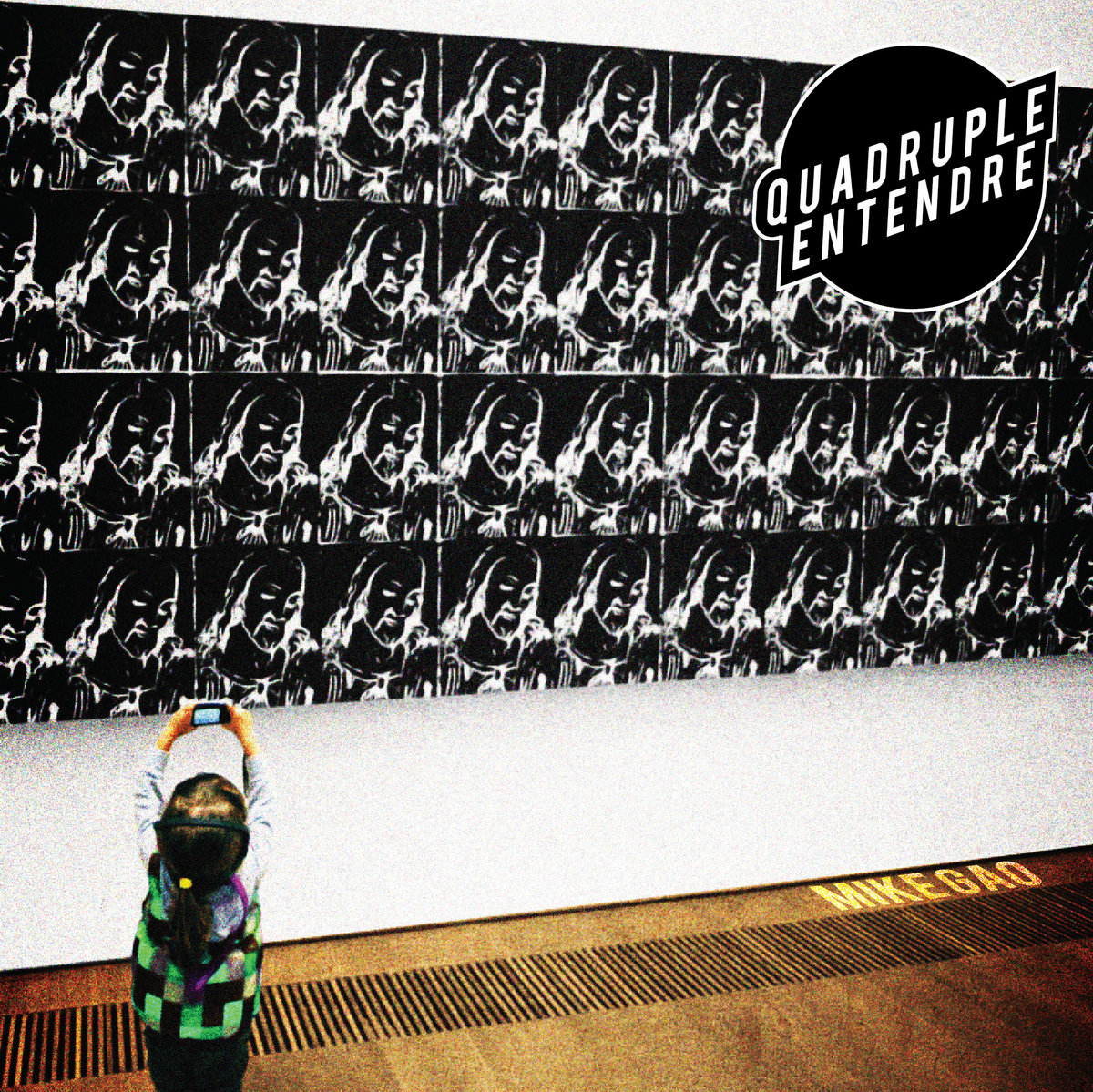 At first, I was a bit hesitant recognizing some familiar sounds I see rapid on the scene, but this angle taken is making it palatable for me & I’m actually intensely intrigued by the surprising turns he takes you on with this album.  I must also say track 4 ‘Have2Go’ is giving me middle school nostalgia …dug the switch ha! Enjoy this latest offering from the always ill HW&W Recordings by Mike Gao!

Coming in hot is Mike Gao’s Quadruple Entendre, which is the official follow up to Beta World Peace. The master of eclectic and progressive beats goes where a majority of beatsmiths is afraid to go. Throughout Quadruple Entendre, you’ll experience Gao’s complicated layering which emphasizes the harmony between chaos and organization. He also takes dynamic looping to the next level by utilizing unorthodox song structure, that is highlighted among the many effects that pulsate in and out of each song. Quadruple Entendre is full of attitude, so tighten your jimmies. Most of the beats are on the quick-fire status, though each is a powerful straight jab. A straight jab right into your musical soul.

“Thanks to all the people who have fucked with me from back in the day, to the peeps showing me support now, because yall kleep me motivated to not feel like I’m a failure. I was being dumb and resistant to releasing free music, even though Bahwee has been telling me to do a free album for a long ass time. This year when the HW&W fam was congregating, I realized how much the ppl around me have been killing the free release game for so long (from the OG in Colour series to Flavors to Juj, from Ta-ku doing entire catalog free for 24 hours, to Kaytranada’s free remixes), and realized how I have been sheisty on the free releases. So this is my first real free release for yall.

On this album I wanted to emphasize jokes, ironies, double meanings, ideas, concepts, etc. over production skill flex. I wanted to be more like the guy trolling and having fun at the video game rather than trying to get all the items and etc. It was a lot more fun to make fun of production styles than to try to impress producers, and I hope you guys can hear it in this project.”