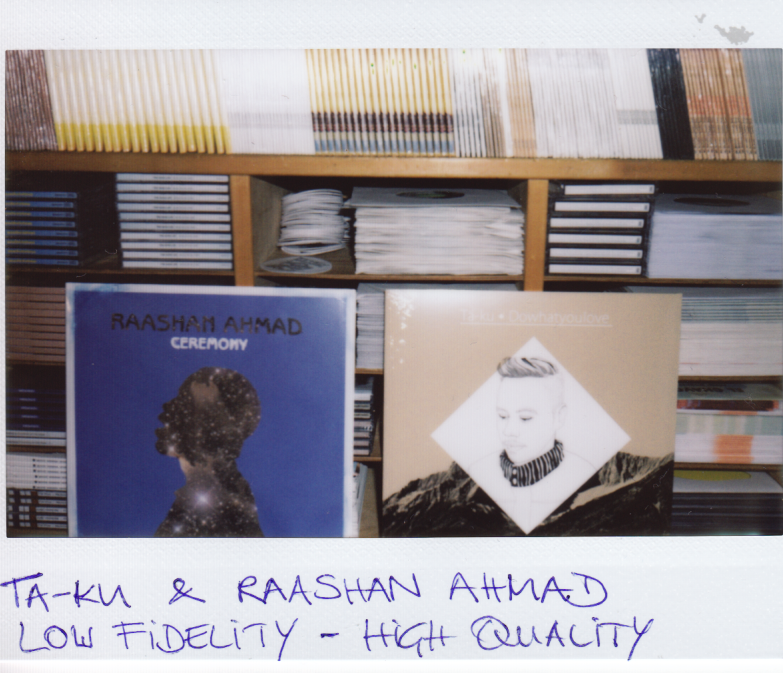 “Raashan Ahmad was on a euro tour some weeks ago and during his stop in Berlin we were talking music over dinner. I told Raashan that we are about to release an album with Ta-ku and he asked me whether i knew that he recorded a full album with him some time ago during his last australian tour. No, I didn’t know that and getting my hand on the album turned out to be not too easy as it couldn’t be located for quite a while. In the end Raashan found it on an old hard drive and in celebration of both artists releases on Jakarta Records this year we figured it would be nice to give it away for free. We will do so next week, in the meantime check out “Lean left” as a teaser for the full project “Low fidelity, high quality”.” – Jakarta Records