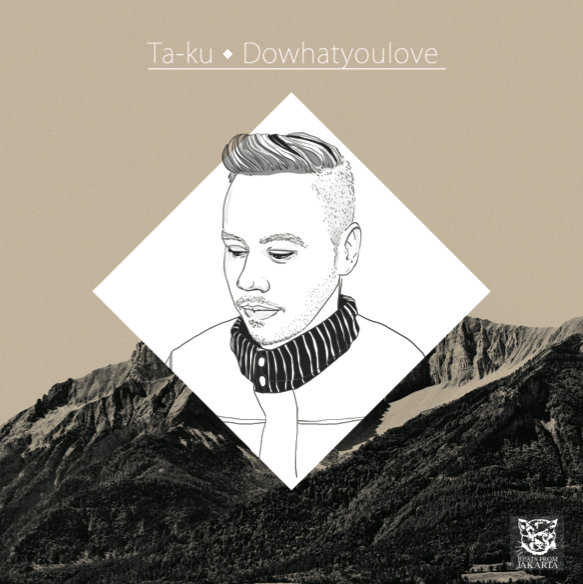 “Australia might not be the first country one would think of when looking for classic hip-hop sounds but producer ta-ku definitely proofs us wrong. not only in his home country australia but all around the globe ta-ku´s mix of smooth boom-bap and future sound is widely appreciated. the former student of red bull music academy has been dropping numerous records and has received positive feedback from day one. currently more then 35.000 ppl follow him on facebook, nearly 60.000 on soundcloud.
“dowhatyoulove” is another great body of work by an amazing producer that satisfies the classic hip hop heads aswell as the futuristic-beat-lovers. an instrumental record of 18 straight bangers.” – Jakarta Records