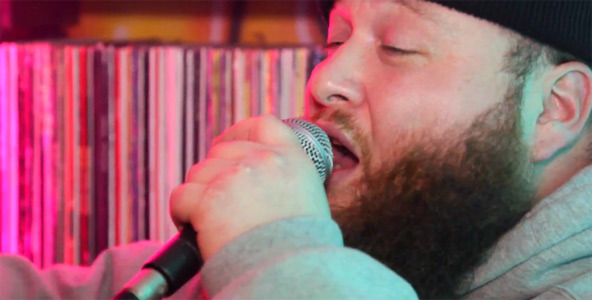 Bronsillini’s announced recently that Blue Chips 2 with Party Supplies is due out in the next few months, so Action serves up a new track with one of his favorite producers, Harry Fraud and complements this ex Danny Brown beat like a don. He gets some ad libs/words from the always-absurd Big Body Bes.

“Blue Chips 2 is 100 percent next. I’m not really sure when, but I’m thinking end of August, September. But probably closer to September for it to drop. I’m probably gonna do another video for Saaab Stories, then drop this Blue Chips 2 shit. Then drop the actual ‘album’ album at the top of next year that’s going to be on a major fucking record label.

I’m very excited about it. I’m excited about all projects, but [the] Blue Chips [series] is definitely one of my favorite things to do. It’s actually what kind of popped me off.”