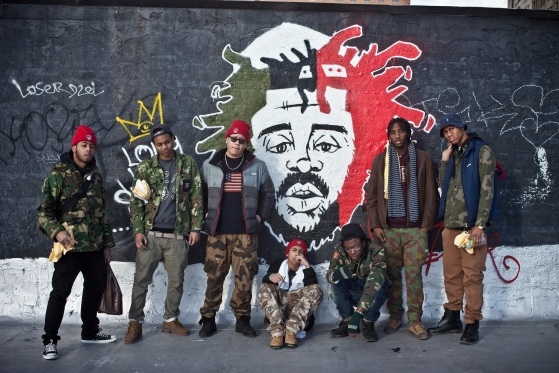 Dunno how this one passed last week! But hey… Here it is, the visuals for one of my favourite tracks from their all-crew ‘PEEP The aPROcalypse mixtape’. Three days later, the group member Capital Steez was dead, having taken his own life at the age of 19. In the haunting new video for the ‘PEEP The aPROcalypse’ track “Like Water,” Steez’s group pays him tribute, ascending a building in a bombed-out downtown BK to paint a mural of Steez on the rooftop. Director Jonah Schwartz imagines a post-armageddon version of the borough, CGI’ing its most familiar landmarks into decay, and he finds real beauty in the rubble. The video works as a pretty powerful eulogy, and you can watch it below.