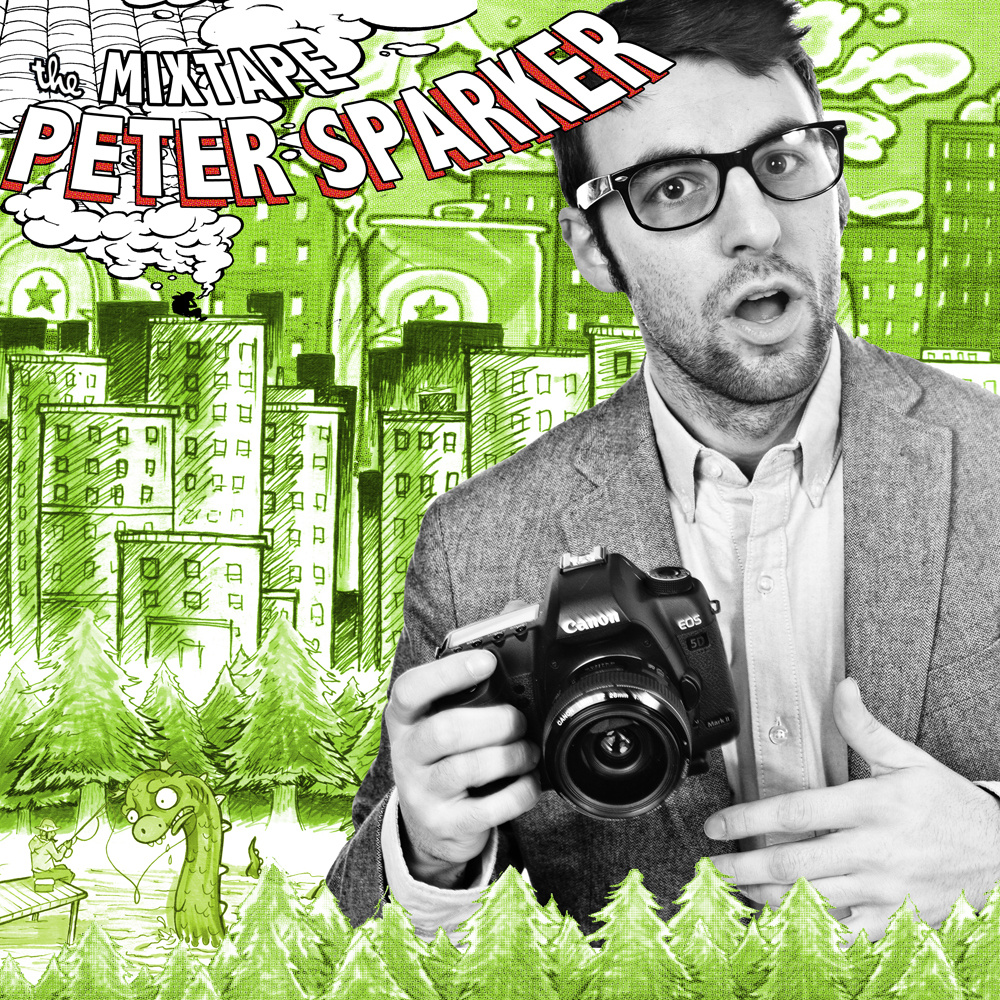 Check out this quirky new mixtape from 28-year-old producer and emcee Spose, hailing from Wells, Maine USA, Spose claims he’s been rhyming since 1999 and has a few mixtapes already under his belt and already received a first major label recording contract with Universal Republic Records. Spose used the opportunity to build his own company, the Preposterously Dank Entertainment label based out of Wells, Maine. Artists signed to his imprint include himself, as well as his partner emcee Cam Groves, hip-hop trio Educated Advocates, and the space-funk-sex-r’n’b of Doctor Astronaut. In 2010, Spose released both “In Sessions,” the debut album from Educated Advocates, as well as his own indie album “Happy Medium.”

Spose has since left Universal and released his independent album “The Audacity!” – which peaked at #6 on the iTunes hiphop albums chart.

Spose has performed with international acts such as Drake, J. Cole, B.o.B., Wiz Khalifa, Ke$ha, Weezer, Stone Temple Pilots, Cage the Elephant, Mike Posner, and Kardinal Offishal. He has also perfomed with the cream of the underground hip-hop crop: 7L & Esoteric, Brother Ali, Sean Price, Ill Bill, Kool Keith, Mac Lethal & more.
Here’s his latest drop, up for ‘name your price’ download; stream and download from the player below and make up your own mind!