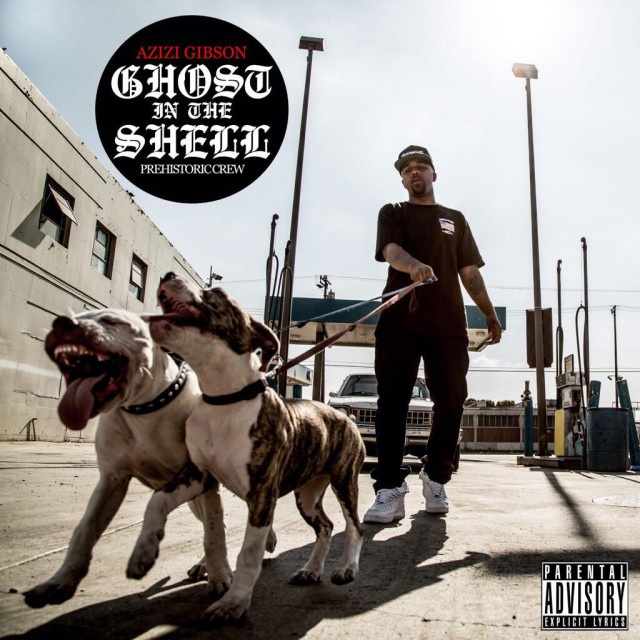 The summer vibes certainly ain’t happenin due to weather conditions for those of us in the UK! But for those of you who can feel the sunny vibes offa some of that West Coast G-Funk shiznit, Azizi Gibson has dropped this fresh west soundin mixtape that might not certainly be everyone’s cuppa tea but certainly after a few listens this’ll have that old gangsta cat back in ya soul with some of that old head noddin and toe tappin while you lean out the side of your whip howlin at the next chick!
‘Ghost in the Shell’ consists of all the key ingredients you’d expect from a modern West Coast release. The smooth and hazy grooves compliment the alternate, bouncy symbol-snare drum beats throughout the mixtape. Azizi Gibson is not your stereotyped, resident West Coaster. Recently signed to Brainfeeder at the tender age of 22, Gibson moved to Los Angeles only two years ago having nomadically hopped the globe since childhood. From Germany to Zaire, Singapore and Thailand – Gibson finally made his pilgrimage to the G-Funk Mecca in 2011 and has never looked back.