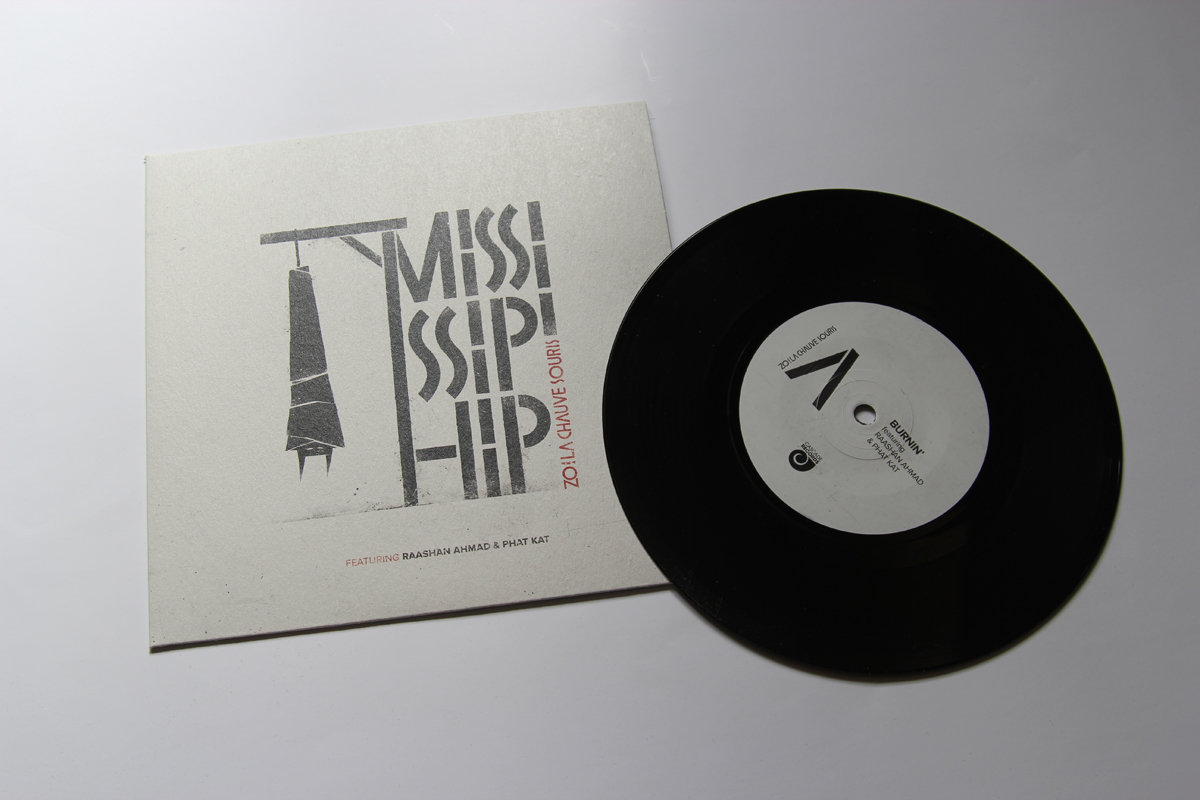 “Zo releases a new Limited Vinyl 7″ featuring of Phat Kat & Raashan Ahamd and entitled « Mississip’hip » for announcing his full length album for the end of year with Cascade ! This time, he’s drawing on his inspiration in the Afro American roots, in Blues and Gospel.
Zo is a hiphop beatmaker based Besançon, a city in the far east of France. It might be because he prefers polishing for the umpteemph times a track in his « Bat Cave » rather than promoting itself, Zo aka La chauve-souris has been remaining for years one of the best kept secret as far as contemporary HipHop prods is concerned.
This 7-inch single of 2 tracks is available in limited series of 300 copies !” – Cascade Records