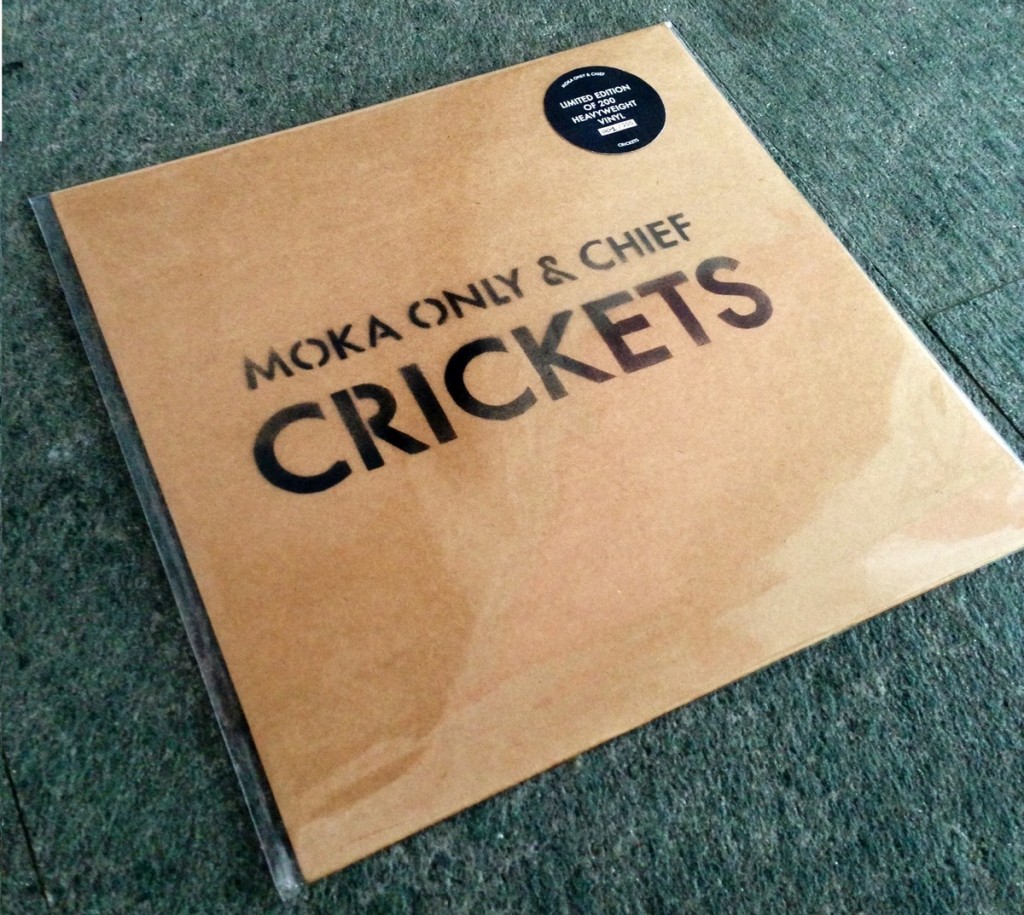 Super limited edition of Moka Only & Chief’s album “Crickets”. 180g vinyl, hand numbered, comes with a CD of “Crickets” and immediate download. Only 200 copies available and no repress!

“Canadian rapper/producer Moka Only teams up with Swiss beatmaker Chief for the finest indie hip-hop album you might hear this year, “Crickets”. The album showcases the talent of two very gifted artists, pushing the boundaries of hip-hop while preserving its backbone. The album showcases Moka Only’s unique raps fused with Chief’s sound signature of merging straight hip-hop elements with forward-thinking production.
Moka Only and Chief first collaborated in 2008 on the tracks “Do Work” and “Felt before”, and soon after Moka Only released his album “Lowdown Suite 2 – The Box” on Chief’s label Feelin’ music.
A good connection and the fact that each artist seemed to get the best out of the other convinced Moka Only and Chief to deepen the collaboration and have this natural flow of united work result in a full-length album, so in 2010 they started getting busy with this.
The result is “Crickets”, a smashing collision between two creative minds with strong backgrounds in hip-hop which coupled with borderless imagination bring you more than “just another hip-hop album”.
The album confirms the genuinely productive union of Moka Only and Chief’s abilities, it is the finely crafted and accomplished result of two artists naturally complementing each other’s ideas.
From moody ambiences, bewitching loops and hybrid beats to sophisticated soulful beats or mesmerizing urban soundscapes, “Crickets” exhibits a rich pallet of atmospheres and attitudes with a smart and creative approach.
Blending deft production with unique raps, “Crickets” truly is a refreshing hip-hop exploit from two driving forces in the hip-hop scene.”