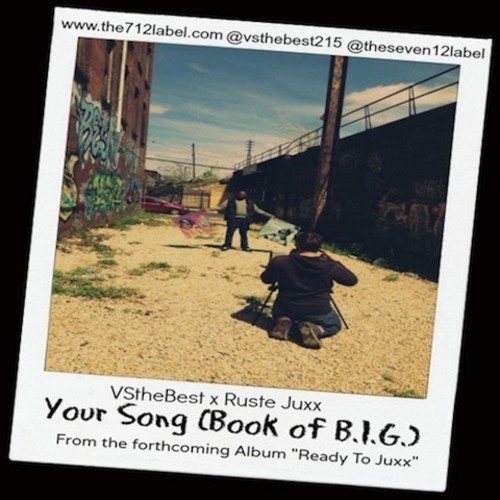 VStheBEST, A true student of the boom bap era, has been honing his skills as a hip hop producer & DJ since the early nineties. Born and raised in North Philadelphia, it was mostly the sound of James Brown, TSOP, Motown and Stax that sparked a fire in VS, one that consist of ill drum breaks, mangled samples and heavily laced bass.
Currently, VStheBest has built his own school of Boom Bap, The712Label. “Your Song (Book Of B.I.G.)” is off the forthcoming Ruste Juxx X VStheBest album “Ready To Juxx” coming summer 2013. Be on the look out for nothin but the dopeness from The712Label.