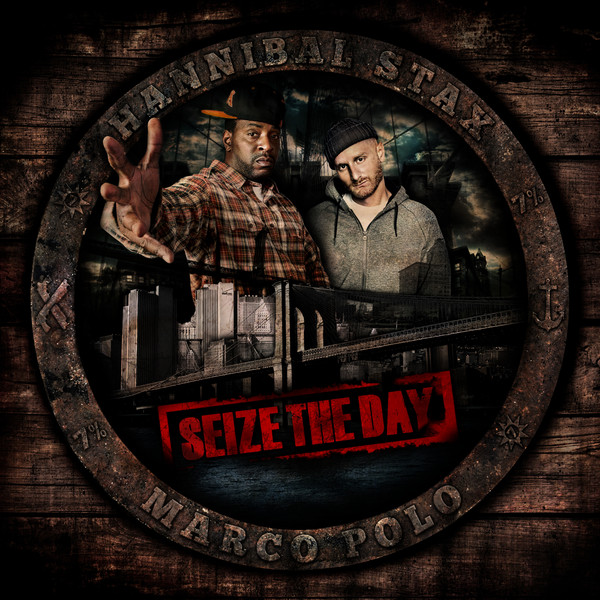 Gang Starr Foundation member and rhymesayer Hannibal Stax comes along with Brooklyn’s finest boom-bap producer Marco Polo for a collaborative project entitled ‘Seize The Day’. Here is a first impression of what you can expect from the album. Listen to “Warrior Drumz” feat. Torae below.

Originally discovered by DJ Premier, Stax has been a staple on NYC’s underground scene for years and was featured on two Gang Starr LP’s and numerous tracks that were lost in major label recording vaults. Although Stax is undeniably a veteran, Seize The Day represents his long-overdue solo debut.

Marco Polo released his long awaited ‘Newport Authority 2’ Mixtape last week. Be sure to take a look at this mixtape too, if you’re down with the Boom Bap Sound.