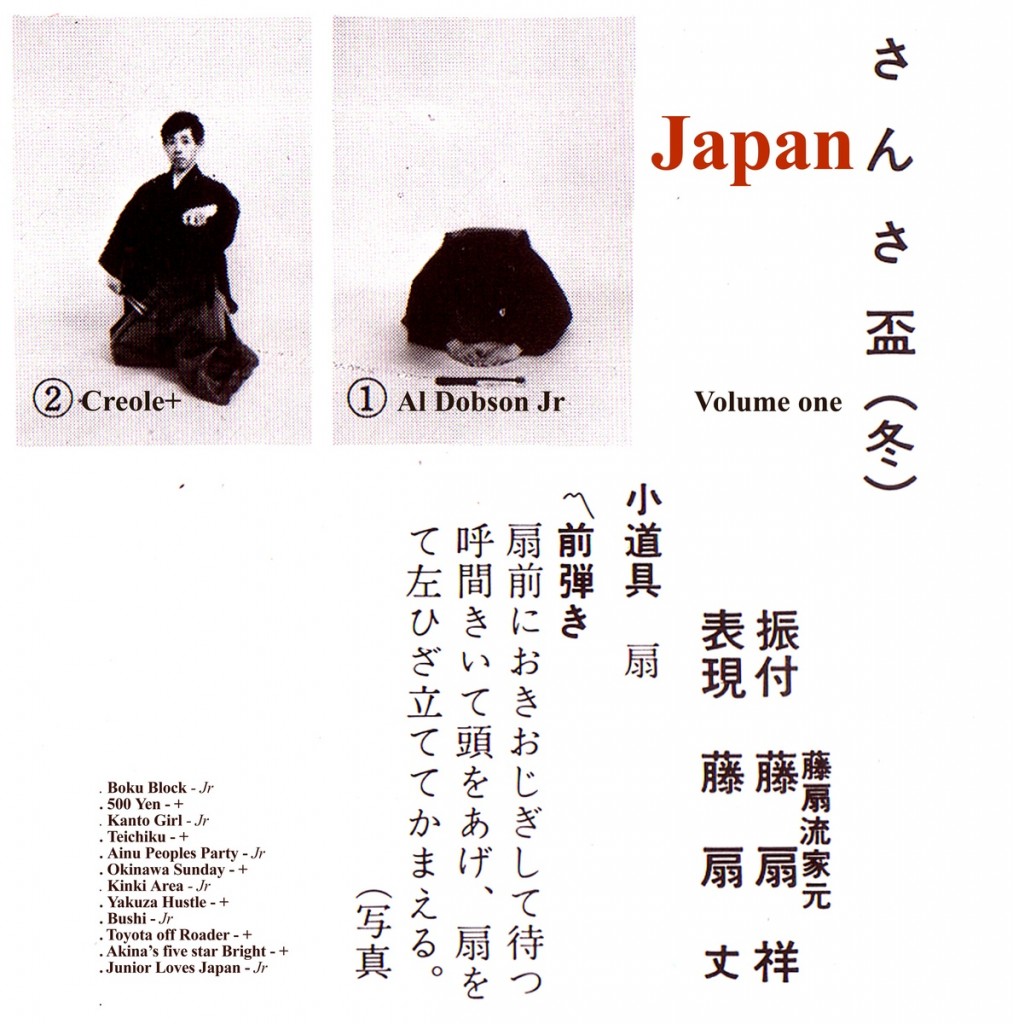 One-Handed Music has just released this neat little project from London’s Al Dobson Jr and Creole+. Japan Project is a selection of beats dedicated to, and sampling music from, the Land of the Rising Sun. Arigatō.

“From Al Dobson Jr’s Love of Kabocha squash, Japanese broad bean, Mung sprouts, Karate, Satsumas, Radish and Fish. and Creole+’s recent trip to the east. All samples and sound bites are taken from records produced in Japan and the surrounding islands.”