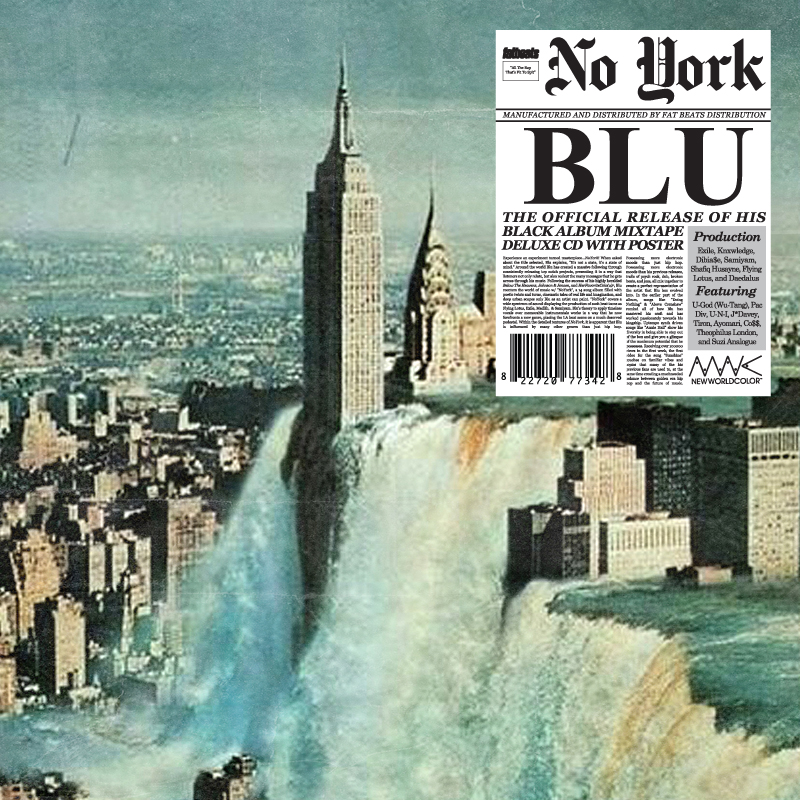 The long awaited release by Blu is finally here. Since its debut, “York” has picked up mixed reviews and for good reason… the album is pretty much a mess in places. York kicks off with two Flying Lotus productions, the first being “Doin Nothin”, which is raw, melodic even hypnotic luring you into anticipating another edgy, underground classic Blu album. Trust me, that feeling is soon shattered as Fly Lo’s second production “Everything’s OK” comes on, which I could sum up as embarrassing to listen to.  Despite, I checked myself and gave Blu credit for trying something new. Yet again, I checked myself thinking this is just terrible. Next 5 tracks with productions from Samiyam, Dibia$e, and Daedelus, are more of what you would come to expect from Blu-pretty solid, but don’t get too comfortable because track 8 “Annie Hall” will bring you back down to earth with a bump or at least have you wondering if you’ve accidentally tuned in to some bad commercial radio station. York is disjointed: raw and heavy in places, yet painfully commercial in others. Aside from all that, some of the tracks on this album aren’t even new, including the stand out track “My Sunshine”, which is over a year old. Expected big things, but this is no classic.