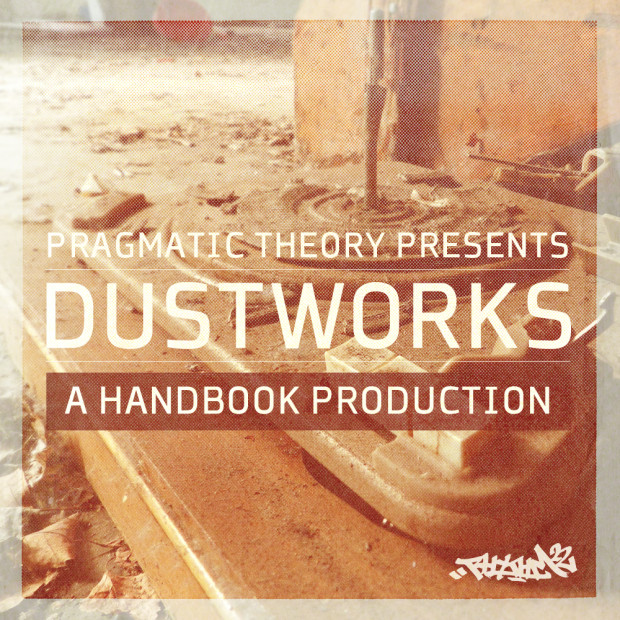 Pragmatic Theory & Rhythm22 proudly presents “Handbook – Dustworks”
One of the UK’s finest beatmakers has teamed up with Pragmatic Theory to bring you “Dustworks”. Born in Scunthorpe, raised in York Handbook is one of the most humble & talented producers we’ve ever had the pleasure to associate with. Handbook started making beats in April 2010 & featured on the first Pragmatic Theory release in February 2012 “Curtis The Beattape”. His tools of the trade are the NI Maschine alongside Ableton but started on an MPC1000. Inspired by producers such as Madlib, J Dilla, MF DOOM, Onra, Flying Lotus, Apollo Brown and those of a similar ilk he has found his own unique style and sound with an ear for dusty soul samples & laid back drum patterns. Handbooks production rate is second to none this year he has already released the 12 track LP “Titanomachy” and a 6 track EP for “The Paramedics”. Expect much more from Handbook this year with 3 more releases scheduled already for 2013 & new productions regularly appearing every 3 days or so on his Soundcloud page.
Press play, kick back & enjoy “Dustworks”
**Download includes 1 bonus beat ‘Smoketrack’**