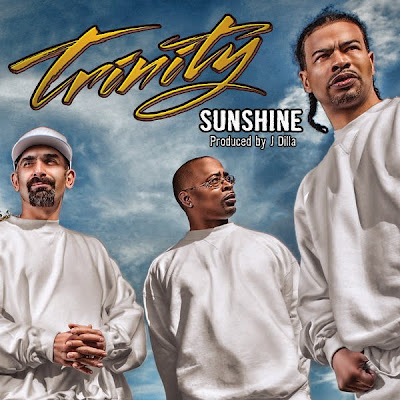 Featuring vocals by Janelle Collins and lyrics by Sadat X and A.G., “Sunshine” is an uplifting track that looks at the good things this life has to offer with lyrics: “All afternoon I’m great, This feeling is hard to duplicate”, “I’m around people that prosper, Real general meet to confer”, “now I know there’s a light in my life far greater than a husband or wife”
The first official release from The Trinity Project, the single features production from James DeWitt Yancey aka J Dilla- the late legendary Detroit musician. The Jay Dee instrumental was purchased from the J Dilla Foundation and was being saved for a special project. According to DJ Jab, The Trinity Project was it.
“I’m excited about this track as it features a J Dilla beat and he is the biggest producer on the record. The clear 7” also includes a tribute track to Grandmaster Roc Raida who is another Hip-Hop legend that I had the honor of working with at Fat Beats. For authentic Hip-Hop heads there is nothing else like it… Dilla on one side of the vinyl and Raida on the other by incorporating “Beats for Jugglers” for the tribute.