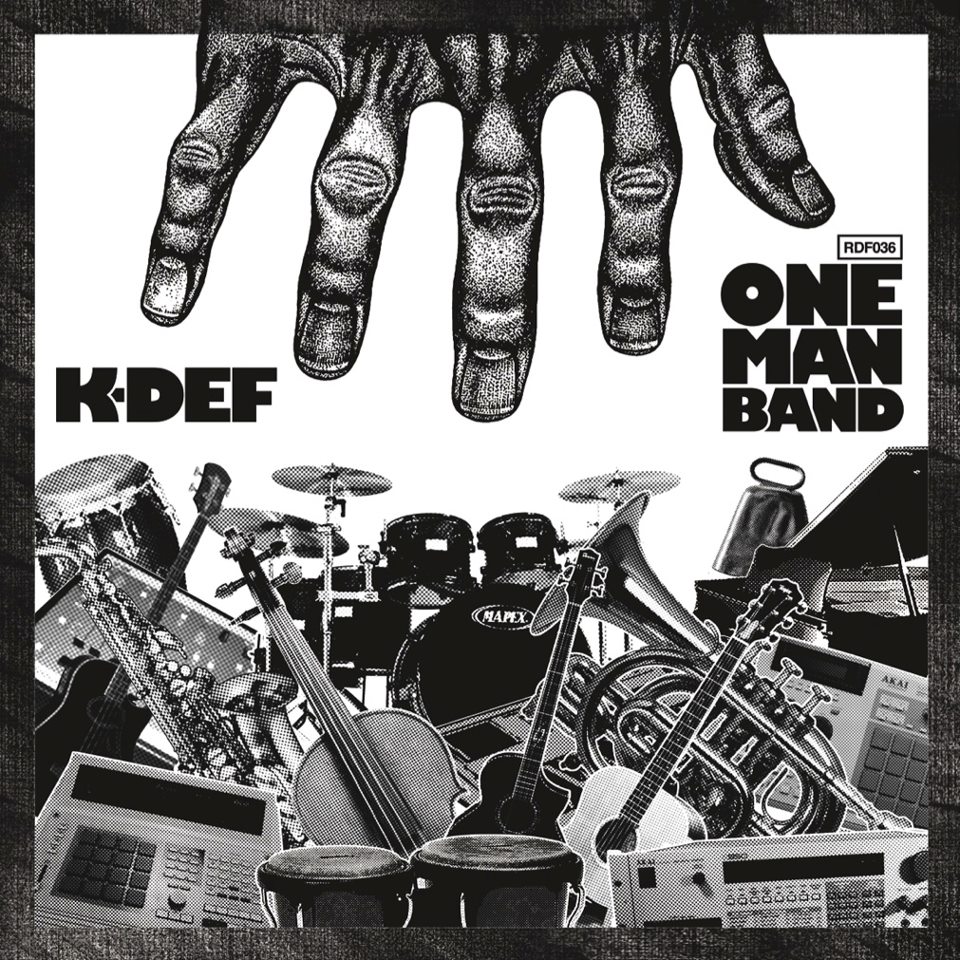 “K-Def’s latest endeavor on Redefinition Records, One Man Band, continues his self-reinvention combining software with his impeccable ear for music to craft –or re-craft- many familiar records using his signature style. Stevie Wonder, A Tribe Called Quest, and 24-Carat Black, to name a few, receive a face-lift while still remaining true to the original sound that forms the genesis of this project. The concept is simple: giving classic records an updated feel for new audiences to enjoy and appreciate them. K-Def is not flipping the same samples or replaying the notes and chords in a mimicking fashion as the originals, but recreating and re-interpolating them with live, unsampled sounds, which he has been honing for years now. K is producing other producer’s records and, in turn, putting his special touch on it. He is taking the art of digging and music appreciation and applying it to the world of software by using technology for our audio delight. The intricacy of each record oozes with care and an attention to detail that becomes immediately apparent with the initial bars of the first song.
Herein lies the simple genius that makes K-Def a “producer’s producer.” The years spent crafting classics, listening to records, and absorbing sounds has allowed him to develop his own sonic tapestry, which is best exemplified here on this excellent record. He re-orchestrates another composer’s classic record and develops movements, crescendos, and transitions that would leave any music connoisseur grinning from ear-to-ear. “Funky Fridays” epitomizes the strides K-Def has made en route to remodeling his sound with the marriage of his production prowess and technology. This gem defines the project and raises the bar for other producers paying homage to those whose shoulders they now stand. Within K-Def’s boastful canon of hit records, “Funky Fridays” stands as an opus that deserves its rightful spot, if for nothing more than marking a new level in which he has successfully attained, daring to stretch the boundaries of Hip Hop music.
Words may never be able to accurately describe the phrase “producer’s producer” due to ambiguous nature of the verbiage, and maybe words were never meant to. However, K-Def’s One Man Band allows for a musical definition to fully emerge and take shape, transcending the verbal world and taking root in a sonic one. Here, our senses take over and allow the music to do what it was meant to do: live, breathe, and morph into something beyond explanation, a true redefinition.” – Redefinition Records