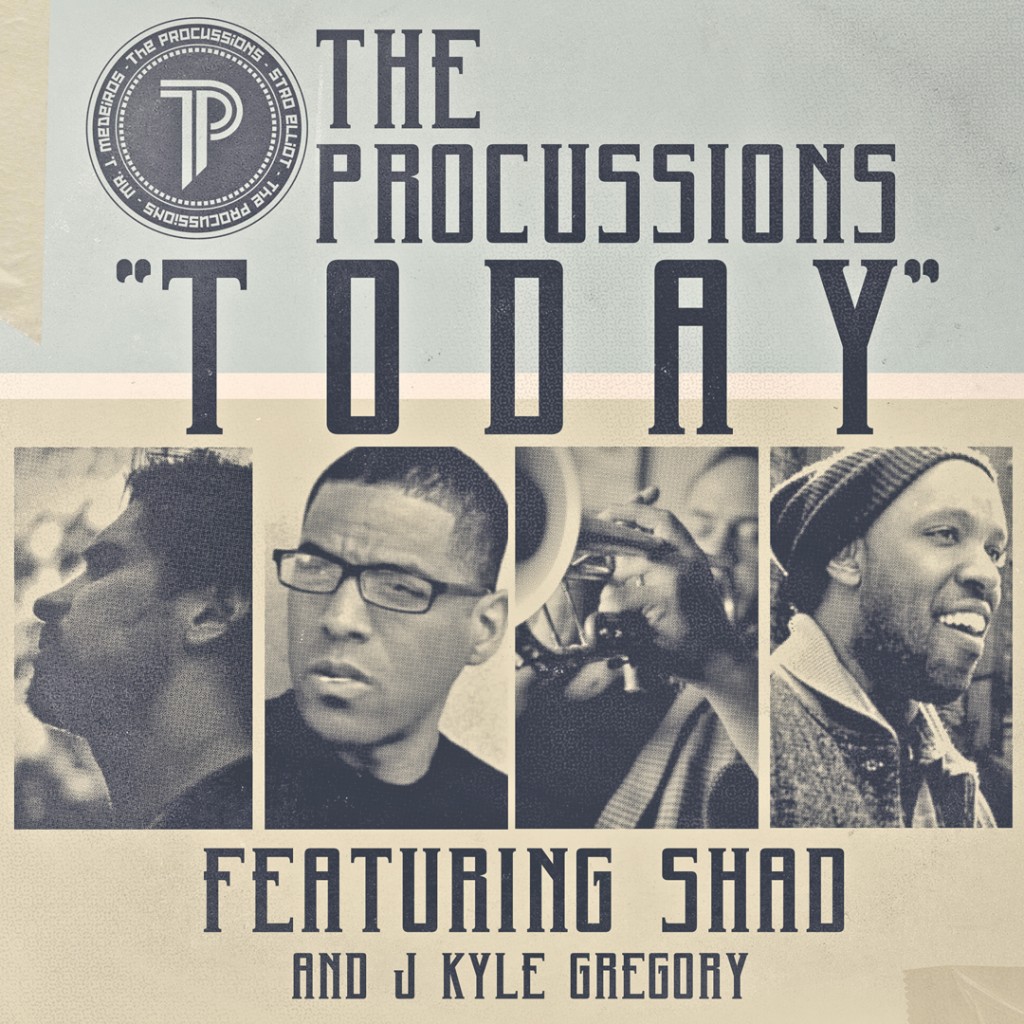 “In late 2012, Mr. J. Medeiros and Stro Elliot of Colorado crew The Procussions promised to rejoin forces for their first joint LP in seven years if their fans were willing to invest $10,000 in the project via IndieGogo. After receiving nearly twice that amount over the course of their campaign, the L.A.-based duo are now hard at work on the set. As a “hint” of what fans can expect, the duo have unleashed non-album promo single Today. Here, Elliot’s breezy, swung boardwork (featuring jazz trumpet by Italian musician Kyle Gregory) sets the stage for characteristically complex, introspective bars from Medeiros, as well as guest rhymes by Shad. Fans can look forward to an official single and European tour this March, in anticipation of the April release of The Procussions’ self-titled full-length. In the meantime, “best of” compilation Up Till Now is still available for streaming and download in the Booth.”