(Audio/Video) Stig Of The Dump – The Truth Is… 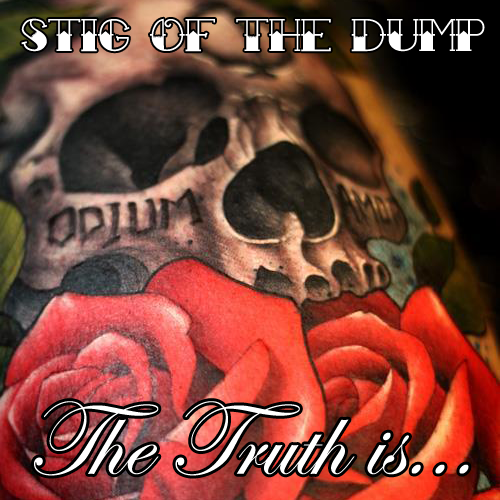 “The Cannon Fodder EP is due for release on Monday, September 10th with an exclusively early release from the official Stig Of The Dump Bandcamp on Saturday, August 31st. The 5 track EP, complete with incredible artwork from competition winner Bukioe, will be available both digitally & physically, with further merch & video’s being released retrospectively.
Until then i am giving away a track which was initially intended for Cannon Fodder but was removed as i didn’t feel it fitted the aesthetic of the EP & replaced with a new track i felt was far more in tune with the overall sound. “The Truth Is” will only be available for a limited time until the album drops, at which point it will become a free giveaway with purchases of the album. Rather than have it go to waste i thought it best go someway to making a small thank you to the supporters who continue to show me love & hold me up. Basically, it’s all your fault i keep making this shit, so i hope you’re all as suitably ashamed of yourselves as i am. Ha ha.” – Stig Of The Dump / Twitter