(Video) SBTRKT feat. Sampha – Trials Of The Past (Live on Abbey Road Debuts)

Been listening to SBTRKT for a while now so thought i’d finally get round to posting this live video recorded at the legendary Abbey Road Studios. 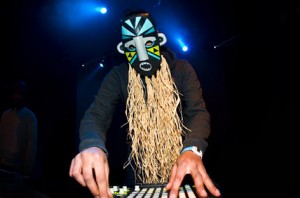 “SBTRKT (pronounced as “subtract”) is the stage name of Aaron Jerome, a musician and producer from London, United Kingdom. SBTRKT began his career as a DJ in the east London club “Plastic People”. SBTRKT has remixed songs by artists such as M.I.A, Radiohead, Modeselektor, Basement Jaxx, Mark Ronson, Underworld and Goldie, and has released singles, EPs, and a self-titled album. SBTRKT’s music is a mixture of two-step, UK funky, dubstep, US RnB and Chicago house.”