Those of you following us on Facebook, may have seen that this album was posted by us on the FB page as a free release for Christmas Day by the LDZ boys, well I’ve finally had the chance to listen to this; and well I’m not dissapointed as I’d expect not to be from the material this collection of musicians produce, members of the LDZ camp are as follows MCs Dabbla, Cobes and Rocksta on the M.I.C. alongside Sumgii, Pierre Green and DJ Frosty on the production side also featuring the likes of Stig of The Dump, Dubbledge, Jam Baxter, Pringle (long established member of LDZ, back in the house & garage days on Freeze FM!), Verbal, Formula and more in there. 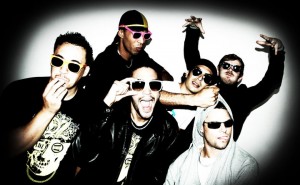 These lot have been building a rep for themselves since way back, on Pirate Stations around LDN such as Freeze Fm, & playing out around various venues up & down the country, I too have had privillege to host a few of Frosty’s sets back in the Drum n’ Bass days, he’d kill it on the scratching front on par with DJ Hype (True Playaz), but with his very own style. LDZ have also dropped collabo’s on tracks from labels such as Dented Records (Foreign Beggars) and Lowlife records since the early millenium.

So they drop the album with a laid back, happy go lucky, cheeky soundin’ track! With Dabbla droppin’ verses, taking pops at the general public on “I don’t know why”, moving on next into “Physics”, which you’ll recognise the production on this, whom UK pioneer Klashnekoff also used the same sample on a classic track “Daggo Mentality”, but you’ll like LDZ’s rendition on this, with Verbal on guest vocals.
Jam Baxter drops a heavy verse on “Beat Don’t Bang” and all emcees keep this one bangin’! “Time” drops with a slightly more serious vibe from the LDZ cats, with a nice soul sound on production & some nice cuts from Frosty, as does “Life” drop on a similar depth on verbal communications also “Birds and Bee’s” with a funked up warm vibe with keys from the Hammond.
I love the techy sound on the production from “Just say NO” with those lyrics to flow on to match the name of the track, realistically parenting the youth, & infact the adult generation on the do’s and don’ts on drug culture, with different views, playing characters from various walks of life.
Moving into a pretty grimey sounding Dubsteppy track “What You Want” with the LDZ lyricists tearing up the bars like your rowdy mates down the local, with a humourous sample at the beginning! More Rowdy, grime sounding bangers include “Tits to da Floor” which is just LDZ through n’ through! Hilariously dirty lyrics from these jokers bouncing off each other on the grime tempo, not really sure if this is any form of sequel to the early days banger “Lips to da floor” which featured Dubbledge, who also features on “Keep Keeping”, with production sounding like it were from a Japanese Western if they were ever made! With marching banging drums, & an oriental chorus & strings, with the genuine sounding; moving into battle type rhyme flows you’d expect from these guys, believe… it sounds good!
Other favourites amongst this album, of mine include “What’s it all for”, “Fuck Scotty” and the “Armoured truck riddem” tracks.

Look… there’s no excuse for you not to check this yourself as it’s a freebie!. Well worth having in any Hip Hop heads collection. A very diverse album with tracks suited for alot of music tastes in this mixed up musical period of time. I’m looking forward to hearing more in the future from these guys, who have already established their own complete sound altogether. Don’t sleep on this, you will be seriously entertained!
Oh… & its only free until the 1st of February, so get downloading now! 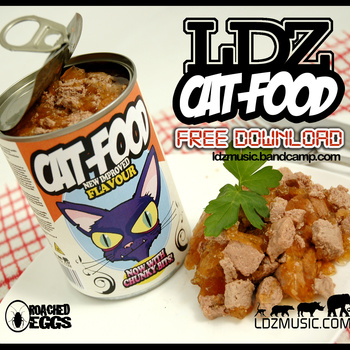