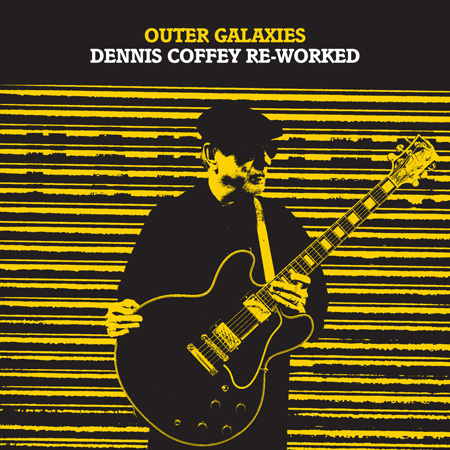 Dennis Coffey’s music has represented the heartbeat of Detroit since the ‘60s, running a thread through the city’s soul, funk and disco classics and, later, through hip hop thanks to a clutch of seminal Coffey breaks. The Detroit connection loomed large on Coffey’s latest self-titled album with a handful of classic Motor City songs and guest appearances from local heroes Mayer Hawthorne, Mick Collins (The Dirtbombs) and more. Coffey and Strut now take the link a step further, enlisting a vibrant array of talent from the city’s rich electronic and hip hop community for a remix collection of tracks from the album. We assembled some of the most talented artists from the Detroit area, all influenced by Coffey’s work, for a collection of reinterpretations and remixes of his new tracks. Just some more top quality Motor City funk for your listening enjoyment.

“It’s an honor to be a part of a project associated with Dennis Coffey.”
-14KT

“Dennis is someone who not only was a part of some of the greatest songs ever recorded but also helped create the sound that influenced much of the hip hop music that we love so much. And he’s still creating timeless music.”
-Jamall Bufford of Athletic Mic League