Divine Rights are an enthusiastic, fresh-faced hip-hop crew out of South East London. Formed in early 2010, they have asserted that their collective aim as a group is to produce a sound that is firmly rooted in mid-90′s Golden-Era (and typically sample-heavy) hip-hop production techniques, whilst lacing their beats with heavy, expressive lyrics that are culturally and linguistically specific to London.
The three man crew will probably be unfamiliar to many of you, including those who affiliate with even the most esoteric of UK underground hip-hop circles; however, the group have been working tirelessly over the past year (and especially the last few months) to get their name out there and established. Most recently, they performed their debut show at the popular Brixton venue Jamm, where they shared the bill with UK hip-hop heavyweight Kyza, and also proved they were more than able to please a crowd with their own unique brand of hip-hop. The Blue Tape is the crew’s first CD release, and is available now for free download at Bandcamp.
What the mixtape lacks in gravitas and overall finesse, it more than makes up for with its enthusiasm and promise. Also, you’re not just getting great music from The Blue Tape, but also an authentic voice of hip-hop youth in the UK streets, and not your vacuous grime caricatures which have been a scourge to London’s image over the last decade or so. Overall, a solid effort from the young South Londoners. 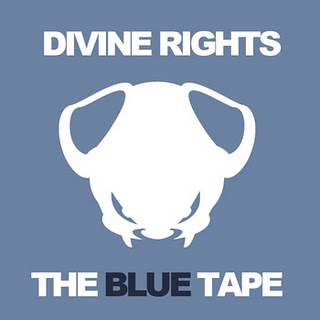