“Beats, Rhymes & Life: The Travels of A Tribe Called Quest is a love letter to the influential hip-hop group, directed by actor and Tribe superfan Michael Rapaport,” blogs David Fear for Time Out New York. “It does offer a lot for diehards: an origin story; a timeline; famous folks gushing about ATCQ’s 1991 masterpiece, The Low End Theory; concert footage; and some fly-on-the-wall moments. But don’t mistake a mash note for a penetrating look at a collective that changed the course of an art form. And even when it gets personal, delving into member Malki ‘Phife Dog’ Taylor’s health problems and the bad blood between him and founding member/childhood friend Kamaal ‘Q-Tip’ Fareed, the doc still skims the surface of a deeper story.” 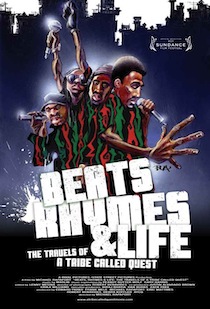 Having forged a 20-year run as one of the most innovative and influential hip-hop bands of all time, A Tribe Called Quest has kept a generation hungry for more of its groundbreaking music since the group’s much-publicized breakup in 1998. The band shaped a unique sound by wedding jazz-infused musicscapes to Afrocentric rhymes espousing unity and community. Its music became the anthem for cool and broke down barriers for people who had never before connected with hip-hop. In spite of unparalleled artistic success, however, the group encountered pitfalls that eventually caused its tumultuous breakup.

Beats, Rhymes & Life, the feature directorial debut of acclaimed actor Michael Rapaport, documents the inner workings and behind-the-scenes drama that follow the band even today and explores what’s next for a group many claim are the pioneers of alternative rap. Rapaport’s passion for his subjects allows them to open up to the camera, resulting in a remarkably honest, emotional portrait that does justice to this seminal band. —Sundance Film Festival 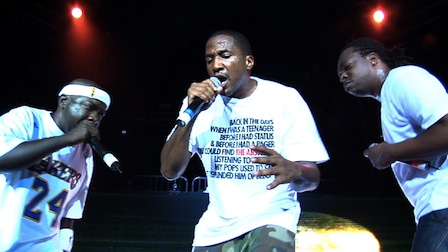 Director Mike Rapaport dishes on his documentary about the iconic hip-hop group. Plus, its members weigh-in on the film.

All we know here at Rhythm22 right now, is it premieres in 2011 in the US, possibly already out there; although we’re not sure of any dates for UK, Europe & the rest o’ the world.
Its a 95 minute documentary, featuring an eclectic cast with the likes of Q-Tip, Phife Dawg, Ali Shaheed Muhammad, Jarobi White, Ludacris, Michael Rapaport, Mos Def, Pharrell Williams, Ghostface Killah, Angie Martinez, Pete Rock, De La Soul and Ahmir ‘?uestlove’ Thompson (The Roots). Check out more here @ www.atribecalledquestmovie.com

Gotta chuck this one in of me and Q-Tip backstage summer ’09! 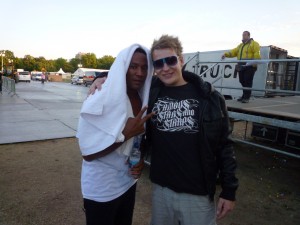 Go check out more about A Tribe Called Quest. 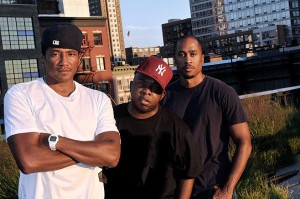