Early last year, music producer Tom Caruana of Tea Sea Records treated our ears to the exceptional, instrumental and free! mash album featuring the Wu-Tang Clan and The Beatles in Enter the Magical Mystery Tour. A year and two months later, the remix maestro returns with more of our hip hop heroes flipped in unexpected, yet fitting, ways as the likes of Q-Tip, Mos Def, Common, Talib Kweli, The Roots, Erykah Badu, Blackalicious and more get the Bollywood remix treatment in the (free!) download Okayplayer The Bollywood Remake. So run come check it here @ Rhythm22… 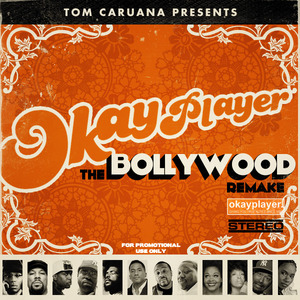 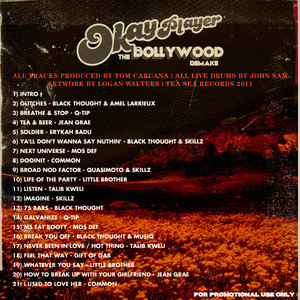 “2010 was a productive year at Tea Sea Records. At the beginning of the year the release of Enter The Magical Mystery Chambers took things to a new level. With positive press in the New York Times, The Guardian and a 4 star review in MOJO. The album even inspired a Beatles documentary on BBC Radio 1Xtra which featured interviews with ?uestlove, Common & Q-Tip.

So, it’s time for some new music. That is after all what we are all about.

If you’re not a member of the website yet you will need to sign up to get all free downloads.
You can also find this link at the top right of every page.
Becoming a member is free and only takes a minute.

You can also find the Producers Cut files including:
Instrumentals, Outtakes & Radio Edits”