(Video) RED – THE MAN WITHOUT THE MACHINE

As a Bay Area hip-hop artist coming to Los Angeles in the early 90’s, Red dreamed of making it in the rap game after seeing an Eazy-E video on MTV. Red, then known as Red the Rap Stallion, arrived in L.A. and headed straight to Capital Records for an impromptu (and unsolicited) audition; needless to say the audition didn’t work out. The road to riches isn’t always paved in gold, and after a series of unfortunate obstacles, Red found himself living on the streets.
This has been around for a few years, but I had to put it up here, and remind those that have seen it; how dope this guy is, and the same to those that haven’t already come across this ‘badass’ beatboxer!

The song “I Should Tell Ya Momma on You” was originally recorded behind the HVW8 Art + Design Gallery in December 2008. This raw video was posted on YouTube and became an instant online phenomenon. Equal parts G-funk, California Soul and Hobo Street, the song features full musical accompaniment created only by Red. The natural funk and flow struck a chord with an international audience representing a true Cali sound. In this era of T-Pain and excess studio production, the video showcased an almost forgotten musical form with no auto-tune or talk-box, only the beating of his chest and the hum of his throat as a bass kick and snare, and highlighted by signature vocals and original rhymes, this was Red – The Man Without The Machine…

“I Should Tell Ya Momma on You”

Red represents many things; undiscovered talent, the darkside of the Hollywood dream, hopes of a second chance and most importantly the idea of not to underestimate anyone….even the homeless fellow that you pass on the street without ever noticing.

Red is trying to get it together and move on up …….
recorded live at the HVW8 Gallery. 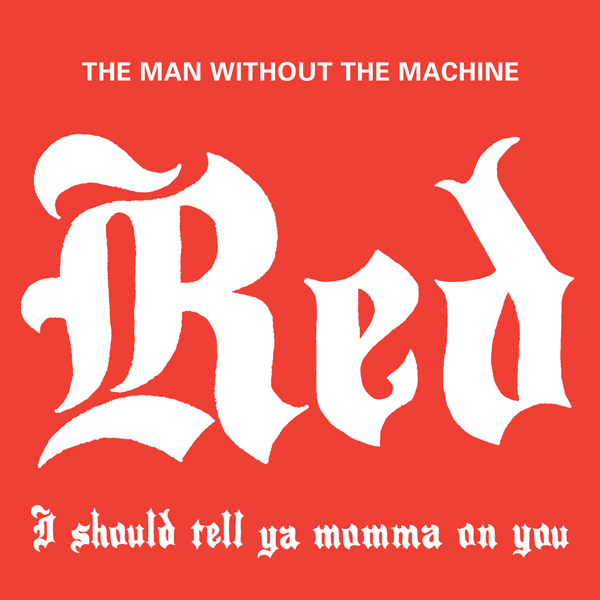 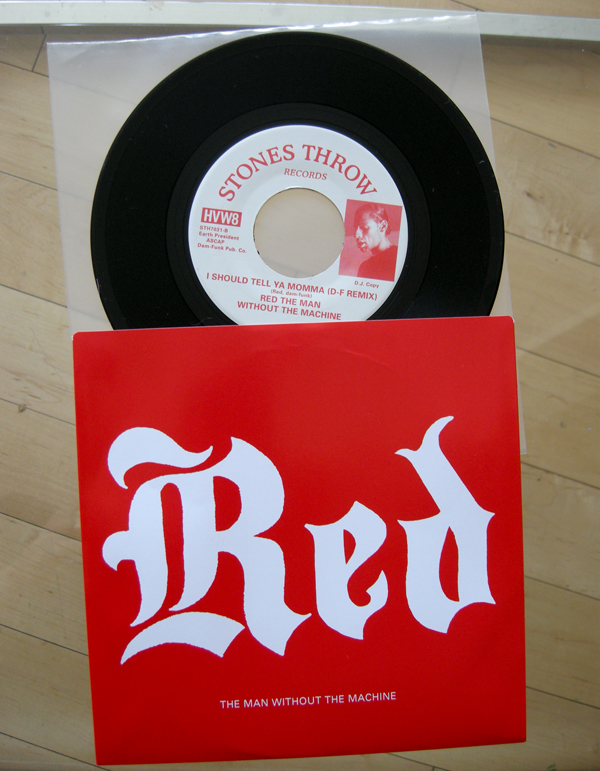 Red – I Should Tell Ya Momma on You, HVW8/Stones Throw Limited 7″

More info on Red and HVW8