The long awaited debut album from Rasheed Chappell & The Legendary Kenny Dope “Future Before Nostalgia” is finally on the way! 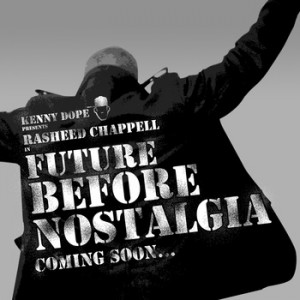 “Here is the official video for the song “What I’m Here 4″ by Rasheed Chappell produced by the Legendary Kenny Dope & featuring the recent Master of the Mix winner & Hip Hop Icon DJ Scratch (EPMD). Once again Kenny Dope & Rasheed Chappell come together to provide the listener with a NOSTALGIC experience, DJ Scratch perfectly provides the fading art of scratching on a Hip Hop record.
Rasheed Chappell’s debut album “Future Before Nostalgia” is slated to drop soon, produced entirely by Kenny Dope has already tagged as one of the most anticipated releases of 2011 by blogs, radio & Hip Hop fans. We hope you enjoy and much more to come.”